Google’s I/O keynote talk is over and now begins the task of processing everything we’ve been told. The Googlers that took the stage covered a vast array of topics, ranging from the search giant’s new in-home personal assistant to the next stage of Android Wear. Here are the most important things we took away from today’s show. One of the most anticipated announcements today was Google’s entry into the home personal assistant market. Many have been calling on Google to take on Amazon’s Echo in the space and today, Google laid out its plan for the future of your connected home.

Google has put a focus on making your personal assistant more conversational and intuitive so you can get the information you need faster. Your searches will be contextual, which means that it will be more like you’re having a conversation with your assistant, rather than giving it a series of search queries.

Google home will be the culmination of several technologies: Google Now, Chromecast, and Chromecast Audio. Google Home will be not just a speaker, but a command center for your entire connected home. It will play music from the cloud, but it will also respond to questions and complete actions, like starting up a playlist or casting a video to your television. Think of Google Home as a rudimentary version of the computer from Star Trek.

For more information on Google’s push into personal assistants, check out our coverage here. Android N will be called… Well, that’s up to you. Google will be doing something a little bit different this year and leaving it up to a fan vote to name the next version of its operating system. Google will reserve the right to pick the final winner, but Google is accepting ideas right now for people to vote on. There was an audible cheer when the placeholder name of Namey McNameface showed up, so expect that to be a popular option.

Beyond that, Google talked up several areas of improvement in Android N. One of the most intriguing are the changes in the compiler. While not a sexy topic, this is an area where you will certainly see improvements in your device going forward. With the new JIT (Just In Time) compiler, loading times will be reduced by up to 75% and storage space will be reduced by up to 50%. That’s huge.

Google also talked up the performance gains with Vulkan. This new API opens up a lot of possibilities within games. A demo of a new Need for Speed game showed off the impressive improvements that Vulkan brings in lighting and 3D graphics. It’s not difficult to imagine triple-A games coming to mobile sometime in the near future with advancements like these.

Updates will be another huge area of improvement in Android. Google is working on seamlessly updating the OS in the background while the phone is running and installing on the next boot, much the same way that Chromebooks currently function. It’s also doing away with the irritating “Android is Upgrading” screen that you see when you boot up after an upgrade. This has to do with the OS getting your apps ready to use, but, with the new JIT compiler, that will be a thing of the past.

Android N is now an official beta product that can be installed on several Nexus devices. For more coverage, check out our article here. Things are getting very exciting in the world of wearables. Google brought us news of a new Android Wear 2.0 update we can expect later this year. The update will focus on making our watches more capable and independent of our phones.

The developer preview of Android Wear 2.0 will be going out to developers this week, but consumers will have to wait until this fall for it to be released. This is bittersweet, as many of us want to be on the cutting edge of tech, but with big changes, coding and testing have to come first.

One of the coolest tidbits from today’s is the news that any watch face will be able to pull information from any app. This opens up endless amounts of customizability to watch face designers and end-users alike. Another excellent bit of news is that we’ll be seeing improvements in battery life, handwriting recognition, and smart replies.

You can check out more in-depth coverage of Google’s Android Wear announcements here. 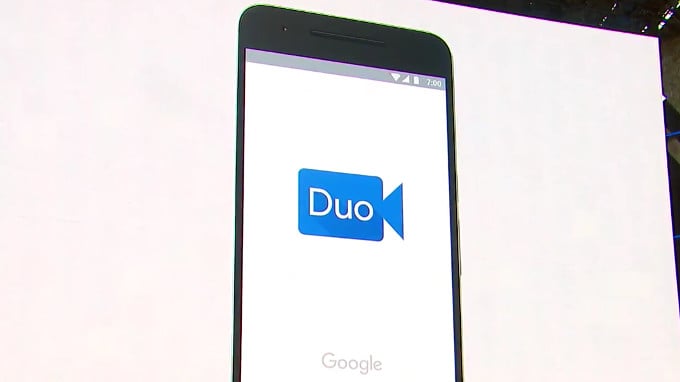 We also got to take a peak of two of Google’s upcoming, cross-platform communications apps. Allo is a messaging app that not only lets users send pictures, text, and emojis to each other, but also harnesses the power of Google’s machine learning to deliver smart replies and relevant cards within the app itself.

If this sounds a bit like Now on Tap, you’d be right. When discussing food with a friend, you may be prompted to bring up restaurants in the area. If you’re talking about a public figure, a little bubble might pop up to give you more information on them. These will also be shareable within the conversation so your friends can see what you’re looking at too.

For more information on Allo, check out our article here.

Duo is Google’s take on Apple’s popular Facetime with a few differences. Duo won’t be locked to Android’s OS like Facetime: you’ll be able to video chat with your friends on Apple devices as well. Another really interesting feature is knock knock. Unfortunately, this feature is Android only, but it gives the video call receiver a live preview of who is calling them. Think of it like looking out a peephole to see who is on the other side of the door.

Google built Duo to be fast even on slow networks. The app will adjust video and audio quality dependent on your network so you’re never stuttering or dropping calls. If you’re switching between WiFi and cellular data, Duo can sense the switch and keep a consistent connection.

Check out even more information on Duo here. A Virtual Reality headset had been heavily rumored in the recent weeks, but what we got was something different. Google introduced a platform to enable developers and hardware partners to create VR headsets for Android. This is much like Android Wear, where Google is supplying the tools to make it happen, and letting the developers take it to market in a cost-effective manner.

Much like Google’s current VR solution, Cardboard, users will snap their phones into a headset secured to the head with a strap and with a controller in hand. Daydream is the bridge between the ultra low-cost Cardboard and the high-end products like the HTC Vive or Facebook’s Oculus Rift.

Google has included code in its latest OS to harness the power of Daydream if your phone meets the minimum required specs. Currently, Daydream will only work on Nexus devices, but will be opened up soon. The Google-produced reference headset and controller will be used as a guide for hardware partners to design its own systems. Versions of YouTube, Google Photos, Google Maps, and Google Play Movies will work natively once updated.

We have all the details on Google’s foray into VR here.