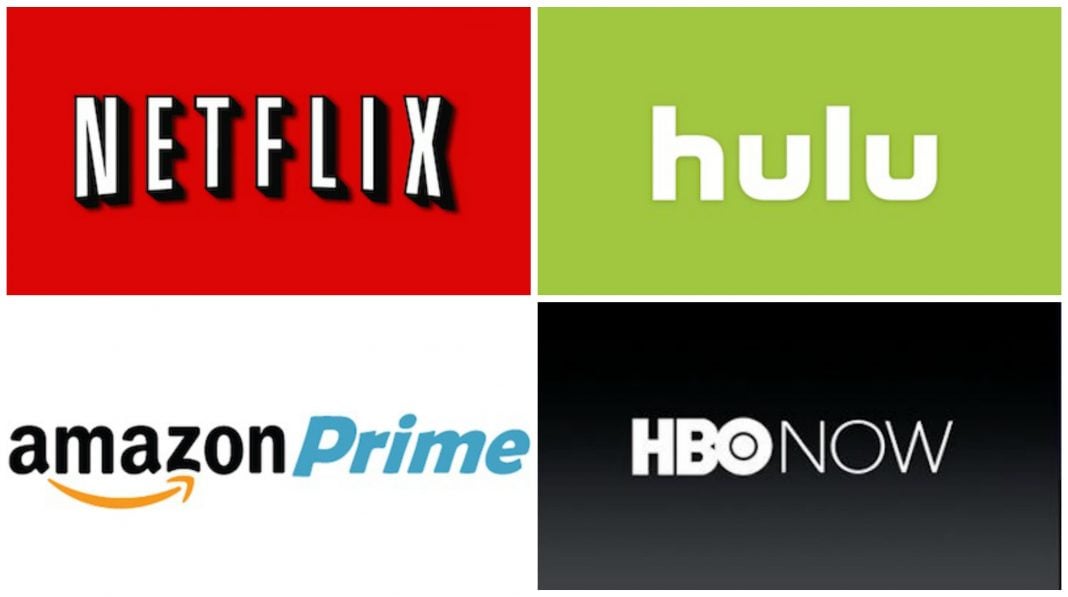 We’re back this week with another addition of “What We’re Streaming.” This week we are featuring a few choice shows and podcasts that we hope you will enjoy. Let us know what your thoughts are and what you’ll be watching this week!

Scrubs medical comedy TV series that follows the lives of the employees at Sacred Heart Teaching Hospital. The audience follows the main character, JD (John Dorian), a young doctor who is frequently lost in his daydreams, and his best friends Turk, Carla, and Elliot.

“I Was There Two” is a podcast, lead by Matt Gourley, who interviews various background actors present in the great scenes of cinema history.

Catch I Was There Too on Google Play Music

A sci-fi drama that takes place in a fantasy theme park for the rich and famous, filled with hyper-realistic robots in a Western. Mystery, drama and existential crisis abounds in this star studded HBO original based on the 1970’s film of the same name.

The Monstercat podcast brings the best of new electronic music from Monstercat. Monstercat views its artists and listeners as a family and that extends to listener and artist shout-outs during the weekly podcast. With names like Pegboard Nerds, Krewella, Mr. Fijiwiji and more, there is plenty of star power and amazing music.

Listen to the Monstercat Podcast on Google Play Music

The West Wing Weekly is a podcast hosted by The West Wing cast member Joshua Malina and Hrishikesh Hirway of Song Exploder. The podcast is set up for fans to watch one episode a week, just like if the show was still airing, and then the hosts have a conversation and recap the show. There are insights from behind the scenes and fun tidbits every week. If you love The West Wing, it’s a great companion to the show.

Listen to The West Wing Weekly on Google Play Music

If you have not heard of Casey or seen any of his videos, you ought to have a look at his channel. He uploads daily videos of his life, and it’s not something boring or dramatic, but rather something interesting. He is always traveling the world and gives you a peek of everything, and chances are that you may find out something about the world that you never before knew.

Lore is an award-winning, critically-acclaimed podcast about true life scary stories. Our fears have roots. Lore exposes the darker side of history, exploring the creatures, people, and places of our wildest nightmares.

Because sometimes the truth is more frightening than fiction.

Each episode examines a new dark tale from history, and presents it in a style that’s been compared to a campfire experience. With over 4,100 5-star reviews on iTunes and over 3.2-million monthly listens, that’s clearly a good thing.

From the gang that brought Best in Show and A Mighty Wind comes a Netflix original. Did you know there’s an annual contest and pageant for mascots? Yeah, well, there “is”. Done in the popular mockumentary style that works so well for Christopher Guest films, it takes viewers on an inside look at a variety of contestants vying for the the top honors. It’s as goofy as it sounds and the characters are fun to watch.

A very popular book series and now a critically acclaimed TV series. Game of Thrones features excellent storytelling and even better acting. A tale of a battle for the Iron Throne between the many powers of the Kingdom of Westeros, Game of Thrones has some of the best action, drama and intrigue this side of The Wall.

The TV series moves very fast compared to the book; be ready to pause and rewind to catch some things you’ll probably miss the first time around. Side note; the HBO Now app stinks, so beware. Constant crashes and slow performance.

Google announces its ‘best of’ lists for 2015

Winter Is Coming so get your Game of Thrones Wallpapers