With the announcement of the Galaxy S7 and Galaxy S7 Edge on February 21, the world was formally introduced to the latest and greatest of smartphones from Samsung. But, for all that was covered across myriad press announcements and headlines, there were a few details worth a more detailed look. Moreover, some items were glossed over or barely mentioned but still deserve some attention.

Let’s take a look at what you might have missed in the Samsung Galaxy S7 and Galaxy S7 Edge announcement. As you’ll note, Samsung paid particular attention to the camera this year. Additionally, Samsung brought back a couple of features lost in last years’s model.

At first blush, you might think Samsung took a step back from the Galaxy S6’s 16-megapixel rear camera to employ a 12-megapixel shooter. That’s hardly the case at all. In fact, as a lot of you know, the number of pixels in an image is only part of the story.

In terms of physical appearance, the camera now appears nearly flush with the body of the phone. This was basically achieved by making the phone approximately one millimeter thicker. The change should help keep you from scuffing the camera and brings about a more uniform and smooth backside.

The Galaxy S7 offers up a 12-megapixel rear camera with an F1.7 lens which allows more even more light into the sensor. This will not only benefit you in lower lighting conditions, but in all other instances, too. But, this doesn’t mean you will necessarily get better pictures; it opens the door for some distortion as well.

Further, the Galaxy S7 is outfitted with a Dual Pixel Sensor which promises quicker response and focus in your pictures.

The front-facing camera now captures up to 120 degree images which means wide-angle selfies and group shots. No longer confined to two or three people crowding together, the Galaxy S7 should capture a rather wide picture with five or six people comfortably arranged.

This marks the first phone to offer what’s termed as motion panoramic photos. In short, it allows the user to capture wide-form images in scenarios even when there are moving parts. So, not only are you grabbing a panoramic still shot, but swiping from side to side puts the pieces into motion. We cannot imagine too many scenarios where this might be needed, but it’s a cool option nonetheless.

Video Digital Image Stabilization (vDIS) lets you capture motion photos and hyperlapse clips without subjecting viewers to jittery movements. Much like optical image stabilization does for still pictures, this helps to create a smooth and inviting video.

Wouldn’t it be nice if you could glance at your Samsung smartphone and see things like a clock, calendar, or notifications without having to press a button? Well, guess what? Indeed, the Galaxy S7 includes an Always-On Display for just that. It’s a very low draw on your power and can adapt its brightness based on situations. Users can, of course, visit a Theme Store to download extra designs and options. And, in a bit of goodwill, Samsung is opening up the APIs for developers to create unique clocks and notification settings. 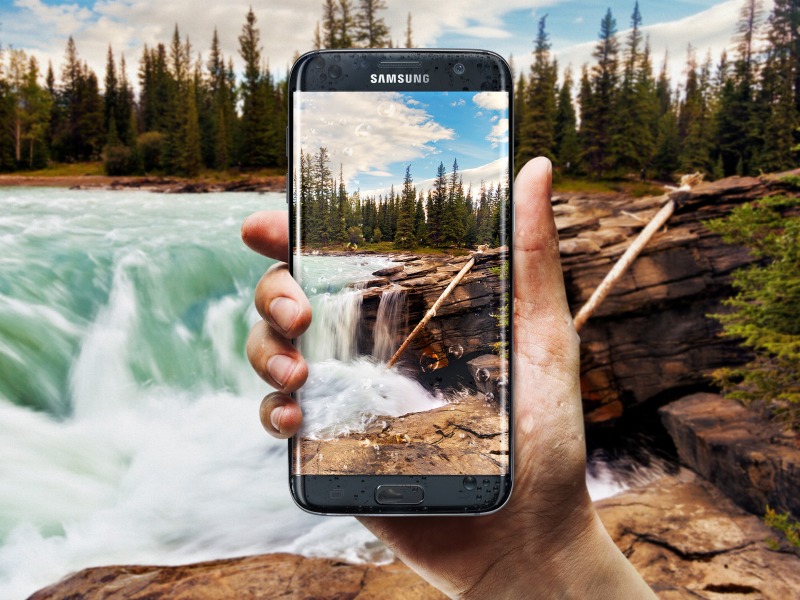 A feature that came standard in the Samsung Galaxy S5, the waterproof protection was dropped in last year’s makeover. It’s back for the 2016 flagship model and deliver IP68 water and dust resistance.

A real pain point for those of us who have grown up through the various Galaxy S models, the 2015 model did not offer expandable storage. This, too, is back for the Galaxy S7 and allows for up to 200GB of extra space. In select markets the tray slot can be used to house a secondary SIM card.

The Samsung Galaxy S7 and S7 Edge push forward with higher capacity batteries at 3,000mAh and 3,600mAh, respectively. This is an admirable step up from the predecessor and means you’ll be away from a charger for longer periods.

As for the notion of charging, that’s better this year as well. The pair include the same fast wireless charging technology introduced in the Galaxy Note 5 and S6 Edge+ last fall. Thanks to WPC and PMA compatibility, the S7’s work with just about any wireless charger you’ll find.

Interestingly enough, the Galaxy S7 comes with a microUSB port as opposed to the newer USB Type C.  This means you’ll be able to keep some of the same cables you’ve been using, but they may not give you the same charging speeds you’ll get out of the box. 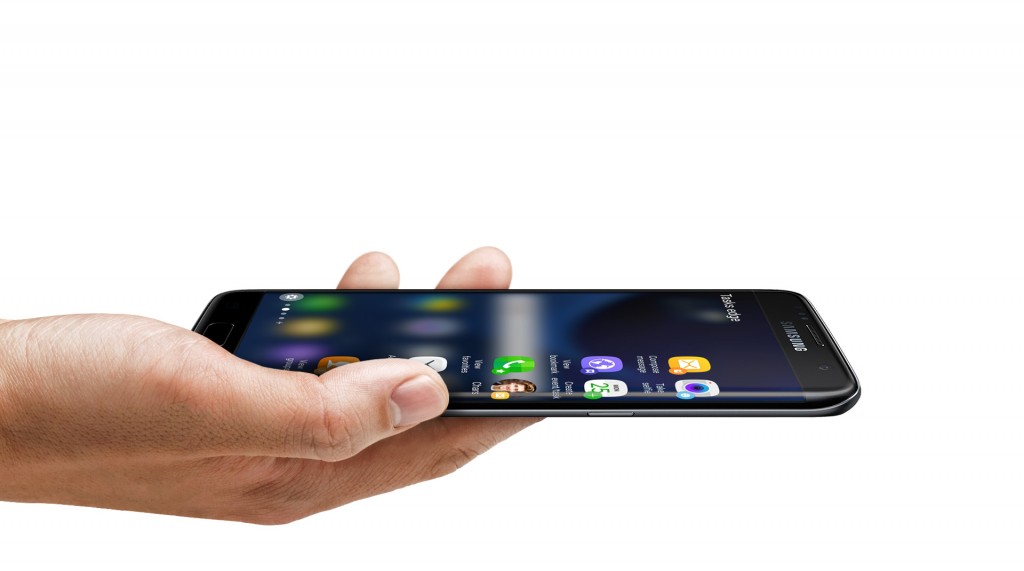 Samsung opens things up a little more for this year’s Edge variant, allowing users to more fully customize the experience. In addition to adjusting size, transparency, and position, it’s now possible to create shortcuts. Not just to apps, mind you, but to specific shortcuts such as navigating home, taking a selfie, or calling home.

Not so much a new feature, but rather an integration of a service directly into the phone. Whitepages is a smarter called ID experience that can identify who is calling you even if they’re not in your contacts. Additionally, it can even signal to the user that a caller may be a potential scam or fraud. Being able to see who is calling on the other end is also a bonus; think of situations where you might have wanted to pick up the call had you known it was the auto garage or florist letting you know your order was finished.

If you like to play video games on your mobile device, then you’ll surely like what Samsung has done for the Galaxy S7 line. Game Mode, for instance, provides a floating button with various options such as disabling alerts or recent/back keys. Want to record your gameplay? That’s built in now, too. And, as the first smartphone to take advantage of the Vulkan API, it means console-like performance balanced with low power consumption.

Depending on how deep down the rabbit hole you want to go, there are a number of other, finer details to the Galaxy S7 line. To us, the aforementioned items represent some of the best of the bunch and paints a clearer picture. There’s a lot more than just a list of specs that go with a phone, and the Galaxy S7 is full of goodies.