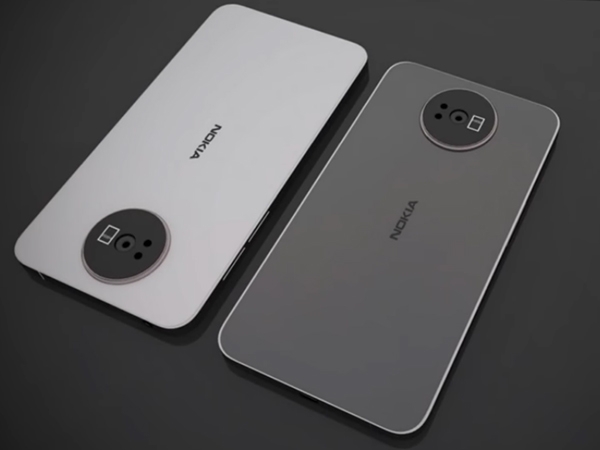 Welcome to “What you may have missed this week” where we give you a glimpse at the news from the week that was. We saw a lot of new and interesting developments this week from the apparently 911 bug in OnePlus and other Android devices to the disappointing leaks about Motorola’s next flagship. But, those aren’t the only headlines from the week so let’s dive in!

The biggest news came from a post on Reddit about the issues when dialing out to 911. It seems some users were experiencing a reboot of their OnePlus 5 when they tried to dial the emergency service. It was later pointed out that this may be in fact be a bug in AOSP (the underlying Android code that all Android OEMs build off of) and not just OnePlus’ Oxygen OS. Another user on Reddit stated that while trying to reach 911 to help the unfortunate victims of a crash his Samsung Galaxy S7 Edge rebooted twice when trying to call emergency services. Even more frustrating, when 911 called user Gamerhead back after his phone rebooted, the phone would not let him answer the call.

This, very obviously, is a gigantic deal. The ability to reach emergency services in a critical situation, and doing it quickly, can often times be the difference between life and death. It has been speculated that the problem stems from the enhanced 911 features on modern day cell phones that transmit location data to 911 operators when you make the call. Reddit users aghatak put together a compilation of various reports on this issue and it seems to reach across multiple makes and models of Android devices.

To OnePlus’ credit, it has already begun to roll out a software patch that fixes these issues. Hopefully, we’ll see more OEMs roll out critical patches very soon because this is a life and death situation. 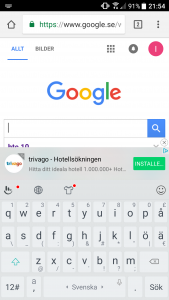 We’re living in a world where advertisements are everywhere. It seems to be the price we’re paying for high quality, yet cheap, software and services. However, one application you might have an issue with showing you an ad is your keyboard on your phone. I mean, who wants to look at an ad when you’re trying to reply to an important text message or type in a web address, right?

People all over the internet were in a tizzy this week when a screenshot of the stock keyboard on an HTC 10 started showed an advertisement. What’s worse is that there was no way to dismiss the ad!

Well, there’s always more to the story than just big companies being bad. The stock keyboard for HTC devices is actually made by TouchPal who happens to have an ad supported version of its keyboard. It seems that due to a coding error, the ads were showing up in some HTC devices as well. HTC took to twitter to let its customers know that it was indeed an error and that it was working on a fix as soon as possible.

Due to an error, some customers are seeing ads on the phone keyboard. We're working to fix the error and remove these as quickly as possible

Unfortunately, the damage is probably done at this point.

High quality video with simple design is resonating with users. Pleased to see #GoogleDuo hit 100M, 11 months since launch. Lots more to do

Google Duo is the one-on-one video chatting application crafted by the makers of Android to making video chatting just a little bit easier. The app is designed to be simple and reliable in a world where Facetime dominates video chatting on iOS devices and Snapchat and Instagram control the video world on Android.

Those around Mountain View were celebrating this past week as the video chatting app passed 100 million downloads. That sounds like a ton, right? And it definitely is but it should also be pointed out that Duo comes installed by default on pretty much all new Android devices as part of Android’s default app suite. Also, there are about a billion Android devices in the world so while 100 million is a big number, it’s comparatively small next to what’s already on the market.

Duo has some serious potential, but it needs to take the step from installs to adoption to gain long-term success.

A new Nexus from Nokia?

The Nexus line was well loved by Android enthusiasts until its untimely demise almost a year ago in favor of the Pixel lineup. While we want premium Android devices with stock Android, there is still a large faction of users who miss the cheaper devices that rock stock Android and enjoy quick updates.

Well, Nokia is paying attention to that segment of users. Nokia is owned by HMD Global and its Vice President for the Middle East and North Africa, Per Ekamn stated that “Most of the smartphones in the market do not have the Android OS in the way it should be. Vendors are adding a skin on top of the OS. Consumers have the right to have the latest version of the OS and we will be pushing the latest version and the patches as soon as it’s available from Google.” He went on to say that “We and Google will jointly enhance the Nokia brand to put the right kind of inputs into the phone, including Google Assistant.”

It’s important to note that Nokia’s current phones, the 3, 5, and 6 all run almost-stock Android and we’re expecting its upcoming flagship, the Nokia 9, to have top of the line specs and a clean install of Android as well. Uninspiring names aside, these devices could be the closest thing we ever see to Nexus devices again unless Google decides to revive the Nexus program or work with Nokia to move the project to the new Android OEM.

Those are the biggest stories this week, but they aren’t the only thing going on. Here are some more links that we think you’ll like.

And the funniest posts of the week go to…