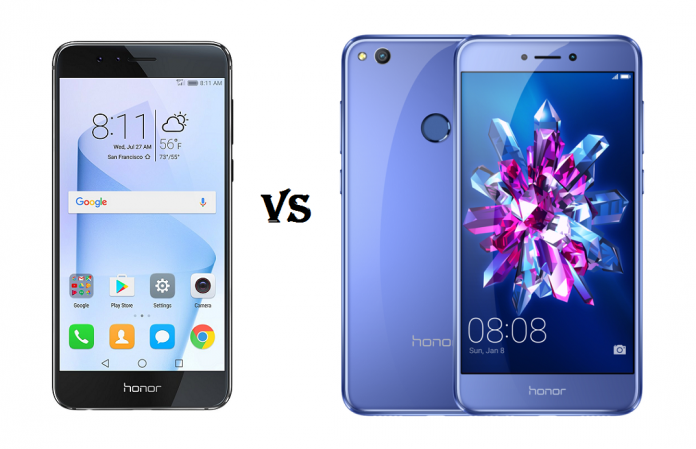 Huawei did not wait for MWC 2017 as anticipated to unveil the Honor 8 Lite. First, the phone was introduced in Europe and now the company has launched in China during a dedicated event.

The Honor 8 Lite looks quite sleek, but comes equipped with watered down specs compared to the Honor 8. But exactly how diluted? Keep reading to find out the main differences between the two phones.

Both phones come with the same 5.2-inch with the specific 1080p resolution. Built quality is also quite very similar, as the Honor 8 Lite arrives in the sporting a metal frame, glass back with a 12-later mirror coating just like the Honor 8. Bottom line is that both devices look extremely sleek, so you won’t be ashamed of pulling out your mid-ranger out of your pocket.

Since the Honor 8 Lite is the lower end version, it takes advantage of only a Kirin 655 which is an octa-core affair with 4 x 2.1GHz cores + 4 x 1.7GHz cores. The same chipset can be found in the Honor 6X.

Naturally the Honor 8 Lite base version has less RAM and internal storage, but both phones offer support for a microSD card slot.

Both phones run on a 3,000 mAh battery, but given that the Honor 8 Lite has a less demanding processor onboard, its life cycle might prove longer than the Honor 8’s.

You can pick up an Honor 8 with 4GB of RAM and 32GB of internal storage from Amazon today for $330 a pop (discounted from a previous $399). As for the Honor 8 Lite it is really cheap. The price for the 3GB of RAM +32GB of internal storage version is set at approximately $160 in China. Given that the phone has also made an appearance in Europe, we can speculate Huawei will bring into the US at some point too.