If youâ€™re at all paying attention to the news this week, youâ€™ve heard that Google has decided to jump into the phone market. You couldnâ€™t open a newspaper on Tuesday without a headline telling you all about it. Months ago, when the news started to break that a â€˜gPhoneâ€™ was in the works, the blogs and tech sites began to wonder as to what this phone would look like and how it would work. Mock-ups and â€˜leaksâ€™ were hitting the internet on a regular basis. As time went, the industry conversations gravitated towards not just one handset called a gPhone, but rather a few models using a Google based operating system. Was Google creating a brand new operating system for phones? Well, yes and no.

Google was in fact working with a couple dozen other companies on an operating system. An open source one to be certain.This list of companies behind this project reads like a â€œWhoâ€™s Whoâ€ in the technology industry. In the handset corner, you have Samsung, HTC, LG and Motorola. In the carrier corner, youâ€™ll notice Sprint and T-Mobile. Looking further down the list, youâ€™ll see other major names like eBay, Intel, nVidia, and Texas Instruments.

So what happens when all these guys come to the same party? Magic. What else would you expect from todayâ€™s movers and shakers? These companies have their hands in at least one thing you touch or use every day, if not most things. I have total confidence that Android will not just become a major player in the phone industry. I believe that they will revolutionize the market and force some of todayâ€™s names to either adapt their own model or risk extinction. Iâ€™m looking at you Palm. Does anyone actually think it is coincidence that Apple is releasing Developerâ€™s Kits so people can write programs for the iPhone? The number one complaint coming from people at its release was â€˜Why canâ€™t I install my own programs?â€™ How about RIM and the Blackberry? If youâ€™ll recall, just two years ago, you couldnâ€™t install anything 3rd party on one of their handsets. Google and their friends have been doing their homework and listening to people for a lot longer than you think.

Will the list of people jumping on board continue to grow? Without a doubt. Weâ€™re not even two days removed from the announcement and weâ€™ve heard Nokia say that theyâ€™re not ruling anything out yet. As more and more companies sign up, the potential gets that much better. I donâ€™t know about you, but I canâ€™t even imagine the kind of phone I will be holding a year from now. The scope is limitless. 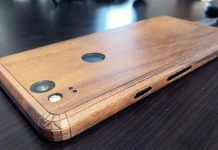 Nokia unveils a trio of phones, including a global-friendly 5G handset