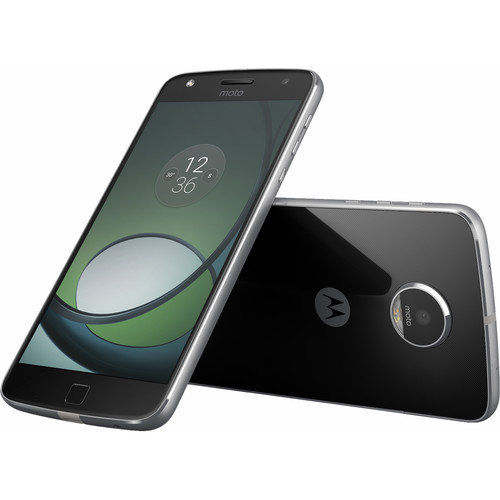 As one of the first models offered in the Lenovo era of Motorola, the Moto Z Play is certainly a departure. Not only is it a sleek and sexy experience that looks sharp in hand, but it’s also flexible, too.

Rounding things out, the Z Play comes with a 16-megapixel rear camera and front-facing 5-megapixel shooter. Both cameras include extra hardware and software to allow for better pictures. A 3,510mAh battery, which offers TurboPower charging, is quite generous and gets users into two days of usage without batting an eye.

Where things get really interesting for the Moto Z Play comes in the form of MotoMods. Designed by third party brands, these are add-on components which snap directly onto the back of the phone. Said accessories include a JBL speaker, Incipio power pack, and a Hasselblad 10X optical zoom camera.

Sold as an unlocked phone in the US, Verizon also offers a carrier-branded take on the handset. Dubbed the Moto Z Play Droid, it’s essentially the same device, locked to Big Red’s network.

Read our full review of the Moto Z Play Droid

Unlocked and ready for GSM networks like AT&T and T-Mobile, pricing is listed at $450. The Verizon variant, Z Play Droid, can be purchased for $408. Color options here include black/silver and white/gold.

With a full retail price of $408, the Moto Z Play Droid is offered in black/silver and white/gold options. Qualified customers can spread payments out at $17 per month for 24 months.

Amazon sells the black and silver version of the phone for $450. This is the unlocked model that works with GSM carriers.

The unlocked phone is sold in black and silver and runs approximately $450.

Unlocked, the black and silver version of the phone runs $450 and works with AT&T, T-Mobile, and other GSM networks. Best Buy also sells the Verizon model (Moto Z Play Droid) for $408, or $17 per month over two years.

Interested in picking up a pre-owned version of the phone? Check out our friends at Swappa.