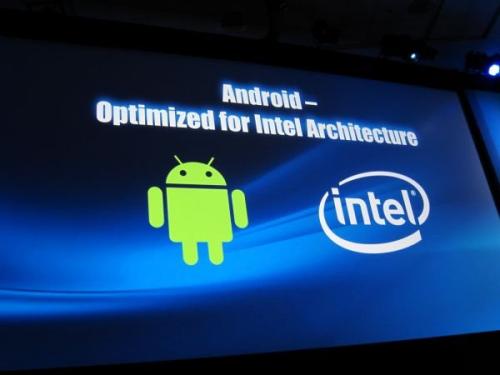 We all know Intel is working hard to bring a fully functional version of Android to the x86 architecture, but I think it doesn’t matter how hard they try to make it work, it will ultimately fail. Sure, some people will use it, but it’s more likely that it will remain a gimmick, something for cheap Chinese laptops. In this article, I’ll explain why.

A comment on what Eric Schmid said at MWC 2011 stated the following:

I don’t know but I think if Google doesn’t start pushing Android to the desktop that it will ultimately fail. Thinking that they should develop two operating systems instead of one that scales to all devices seems to be a mistake. That will just fracture the OS experience and what user wants that— that’s why HP is bringing webOS to all devices and Nokia originally designed MeeGo to do the same thing — people want a unified experience, and MS is planning that in Windows 8 so Google had better get with it.

I couldn’t agree less. Let’s face the facts: It’s true that both HP and Nokia tried to develop a universal OS that runs on all devices you use everyday — printers, laptops, phones, that sort of stuff. And now look at the results of their efforts: Nokia has only released one phone with Meego, the N9 and has further discontinued their Linux-based OS. HP’s WebOS is as good as dead, now relying on the modding community to make something worth using.

But let’s say Intel does succeed and Android runs perfectly on the x86 platform, in what kind of devices will it be used:

Most of these devices will use the Atom processor, which consumes far more power and offers a performance that’s roughly comparable to the Tegra3 SoC by NVidia. So why would we use an Intel processor? What are the advantages?

There are no advantages in using an Intel processor. The Atom chips aren’t much better than their ARM equivalents. Where Intel could really beat the ARM market would be the Sandy Bridge processors (i3, i5 and i7) but they are only used in high-end devices. And what purpose does Android serve on a high-end desktop or laptop? None, because the needed adjustments to make it usable with a mouse and keyboard would make it just another Linux distribution, thus defeating the purpose of running Android on it.

Another commenter on the article I mentioned above said:

2012 will bring quadcores, but we need PCI-e busses, and chipsets compatible with arm that can bring popular network chips, audio, and so on to ARM.

I completely agree with this. A SoC is nice as long as your device is non-expandable, but once you start putting ARM processors in a real desktop computer, you will need the things stated above. That’s where Intel has advantages, the high-end gaming machines powered by expensive graphics cards and stuff like that. It will take some time, but even here, Intel could be beaten. I’ve been given the opportunity to play with a preview build of the freshly released Shadowgun game and it shows graphics on par with my €500 Intel computer powered by a dualcore Xeon, 2GB of RAM and a 256 MB graphics card. OK, those might not be the most impressive specs you’ve ever seen but they are in a certain way twice the specs of my Tab 10.1 — the device I played Shadowgun on. How is it that my Tab 10.1 outputs better graphics then? One word: Optimization.

NVidia and Madfinger have done some low-level optimization on this game, making the level of graphics detail on par with the Xbox 1 console and partly with the Xbox 360. I’m not saying you will be able to run Crysis 2 on your tablets anytime soon (Yes, I’m indeed mocking the famous sentence ‘But does it run Crysis?) but we’re already able to run certain legacy desktop games like Quake III on our mobile devices. And that’s only a dualcore Tegra2, but if you check out the graphics performance of the quadcore Tegra3, you’ll understand why I think Intels empire will come to an end in a few years.

One of the main advantages of the x86 architecture is that it’s much more evolved. There are 10-core Xeon processors, that’s true. The downside of those überprocessors is that they cost a hell of a lot of money. I mean, 4000 bucks for 10 cores or 200 for 2 cores? I know this is a skewed comparison, but in a certain and odd way, it’s a good comparison. x86 processors are far from cost-effective.

ARM-devices are also usable in servers, HP is rumored to bring one of the first main-stream ARM servers next month and we’ve already witnessed Pandaboards being used by Canonical to build Ubuntu for ARM. On top of that, most of the NASs we use today are using an ARM processor. Yes folks, ARM is the next big thing.

But OK, I’m wandering off. What started as a post about why Intel’s Android x86 will fail ended up being a comparison between the x86 and ARM architectures. I think x86 will be passé in the not so distant future unless Intel starts innovating. In order to make Android on the x86 architecture a success, Intel needs to make their Atom processors consume less power and offer more performance compared to their ARM equivalents. I doubt they will. You may have noticed the fact that I didn’t mention AMD in this article, that’s because I don’t know a lot about AMD and I haven’t used their technology that often, but I’m assuming it’s the same story for them too, although their APUs are doing a pretty good job. 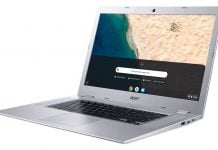