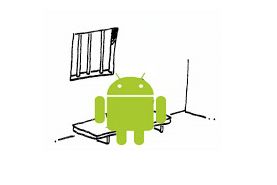 Let me begin by giving my experience this past year with rooted or “jail broken” Android phones.Â  I used the standard Android image doled out by T-Mobile for seven long months before I took the plunge and gained root access to my G1.Â  And after that, it was on like Donkey Kong.Â  I proceeded to buy G1’s off of Craig’s List just to root then sell, use, or whatever.Â  I even purchased a new G1 and a myTouch 3G and promptly had them rooted just a few minutes after getting them home and powered up with RyeBrye’s quick one-click method.Â Â  In fact, after my Droid purchase, I have let my two teenage children use the G1’s and they are the envy of their friends with such weird and quirky looking phones.

Another issue that I have personally is all the management I had to do, just for the phones.Â  I have a tower PC, three laptops, and three netbooks all running different operating systems from Windows XP, Ubuntu, and Red Hat Enterprise Linux.Â  So variousÂ  iterations of Android versions including Hero, Cyanogen mods, and MOTOBLUR got to be a little hard to keep up with for all the changes and updates, not to mention all the background information I’d be gleaning from the XDA forums to stay current.Â  And all the while, I never felt as if T-Mobile cared that I was doing this or maybe even liked that modders are flocking to Android in droves and have made the G1 the poster child of what can be done with an open mobile platform.

But today I have a Verizon Droid by Motorola and as you readersÂ  know it comes with Android 2.0 and so far I have found little wrong with it.Â  Hence, no need to root.Â  For now.Â  There are things I truly miss though like: Wireless Tether, VPN Connections, and the ability to overclock the CPU but other than that I’m good. The trade-offs are that I get free turn-by-turn navigation courtesy of Google Maps, a native VPN client that is maturing by each release, and finally a processor that in my humble opinion for now does not have to be overclocked.Â  Another “wait n’ see” issue is how Verizon will react to the XDA crowd.Â  I am waiting to see how they handle the Droid ROM being ported to other non-Verizon phones, maybe something maybe nothing, just saying.Â  Plus now that I am a member of the non-SIM CDMA crowd it is a big hassle to change phones at a moment’s notice.Â  I definitely miss that from my T-Mobile days of GSM SIM “eeney, meeny, miny, moe what will I use for my Android phone?”

But I am sure Cyanogen and others like him will make me eat the preceding words in the coming months, as there will probably be a blindingly fast and stable version of Android 2.0 modded to the hilt.Â  And if/when that day comes, I will be anxiously waiting with glee.