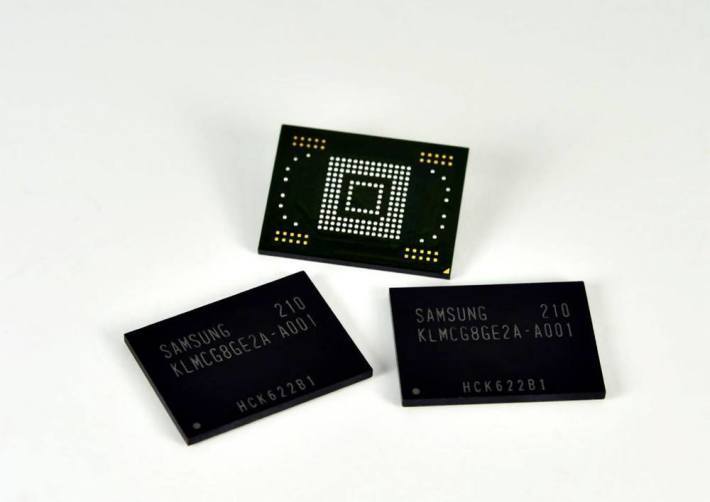 The Samsung Galaxy S7 is fresh off the announcement slides at MWC 2016, with the maximum storage options available maxing out at 64GB. You can of course expand this using the MicroSD card slot that has been added in the Galaxy S7 range.

Only a few days following the S7 announcement though, Samsung have just announced its first 256GB UFS 2.0 internal storage chip for smartphones.

UFS 2.0 is faster in terms of reading and writing to and from storage than the traditional eMMC storage that most smartphones used for years. Samsung last year announced the 128GB of the UFS 2.0 chip, which was then used in the Samsung Galaxy S6; so why not do the same for the Galaxy S7?

Samsung claims this new 256GB UFS 2.0 chip is capable of handling read speeds of up to 850MB/s and write speeds of up to 260MB/s – three times as fast as high-end MicroSD cards.

So it seems a no-brainer to put this new chip in the Galaxy S7, right? Why Samsung chose not to is a mystery… Perhaps they are saving it for the Galaxy Note 6? Or perhaps it has something to do with the inclusion of a MicroSD card slot that they deemed it unnecessary?

More than likely is that this new 256GB UFS 2.0 storage chip didn’t align with the Galaxy S7 production schedule, but why not just use the 128GB one?

Thoughts in the comments below.