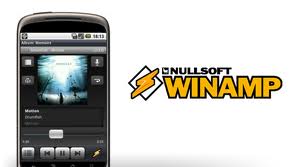 It seems like just yesterday people were complaining that Android’s music systems were lacking in features, and needed a boost to compete.  No, wait, that probably was yesterday. Most every day, I see, hear, or read about problems with the Android music system either on forums or in person. It’s a big deal for a lot of people, as well it should be.  Gingerbread promises to bring some significant aesthetic improvements (hopefully to the media player), but we know that you want it now! Winamp understands this so they’ve released the latest version of the Android application, adding on WiFi sync support.

What’s WiFi sync, you ask? Let’s assume you are one of the over 500,000 users who have already downloaded the Winamp app, and are among the 60 million desktop Winamp users.  The WiFi sync feature lets users synchronize their music collection between desktop and phone application.  Over the air, without any messy cables or phone SD card mounting.  Just a username and password combo of your choice.  Create playlists, stream Shoutcast, and more with your phone and desktop with a simple press of the sync button. Pretty cool, huh?

Winamp is still free, and, according to AOL, there are no plans to change that anytime soon.   If you haven’t done so already, grab Winamp from the Market and get syncing!

Verizon sells off AOL, Yahoo, Engadget, and more for $5 billion