Yesterday, Microsoft held its big event where it unveiled Windows 11, the next generation of its current operating system. Among the new features, it revealed was a refined UI, a new way to organize windows, and most importantly for us, the ability to run Android apps.

Over the years, enthusiasts have found ways to emulate and run Android apps on Windows, but once Windows 11 launches it will be available for everyone. The big catch is that it will require Amazon’s Appstore and Google services won’t be included. 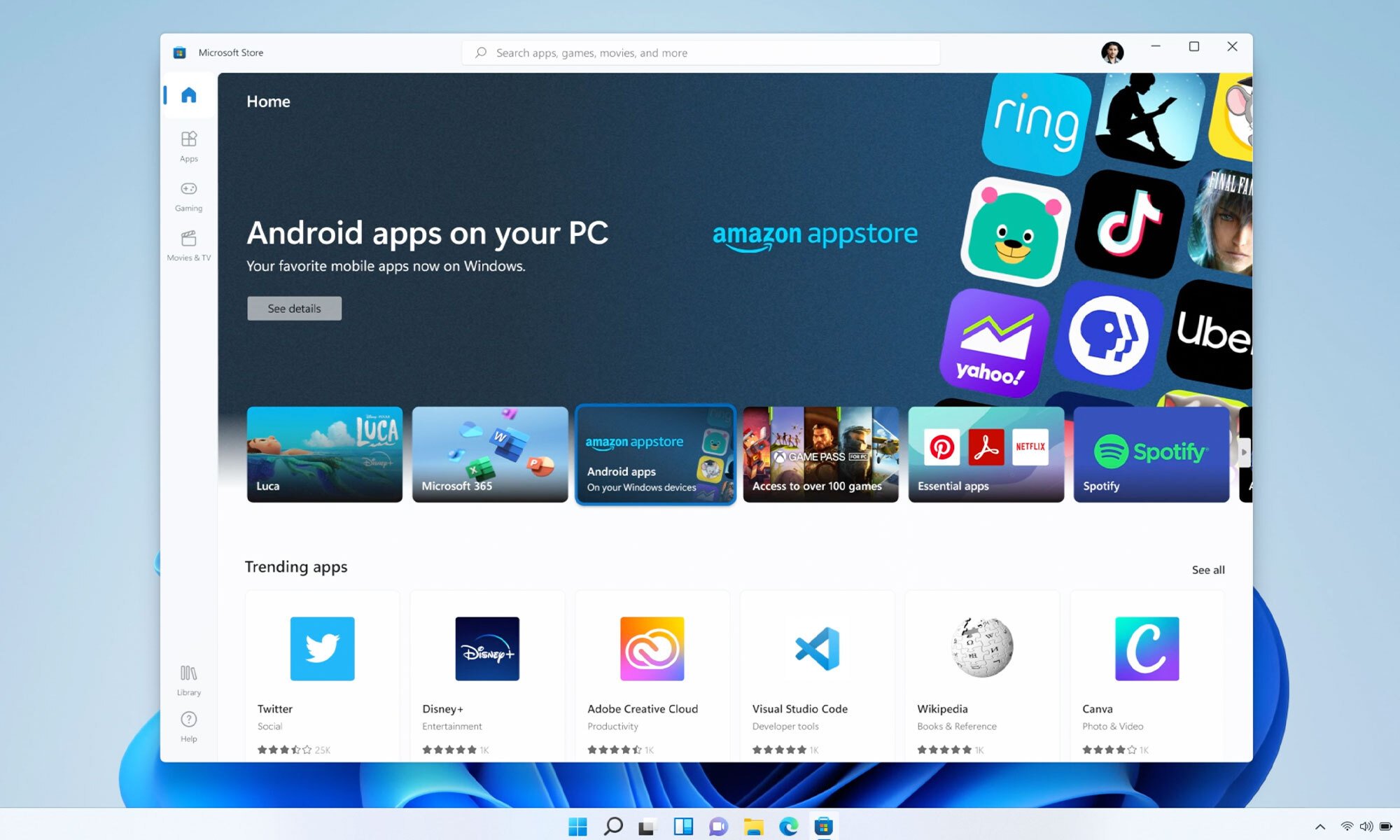 That means you can’t expect every Android app to work, and it’s not clear whether every app from Amazon’s Appstore will be available or only a portion of them. During the presentation, Microsoft showed off the TikTok Android app running on Windows 11. We could also see apps from Ring, PBS, Uber, and more shown off in a screenshot during the presentation.

To install Android apps on Windows 11, you’ll have to wait till it launches later this year and sign in to the Amazon Appstore. Once you do this, you’ll be able to search for Android apps within the Windows Store and install them on your computer.

To make this possible, Windows 11 will make use of Intel’s Bridge technology to help Android apps run on x86 hardware. The reason this is needed, is because Android apps are developed for CPUs built with Arm architecture, and most Windows computers are built using CPUs with the x86 architecture. 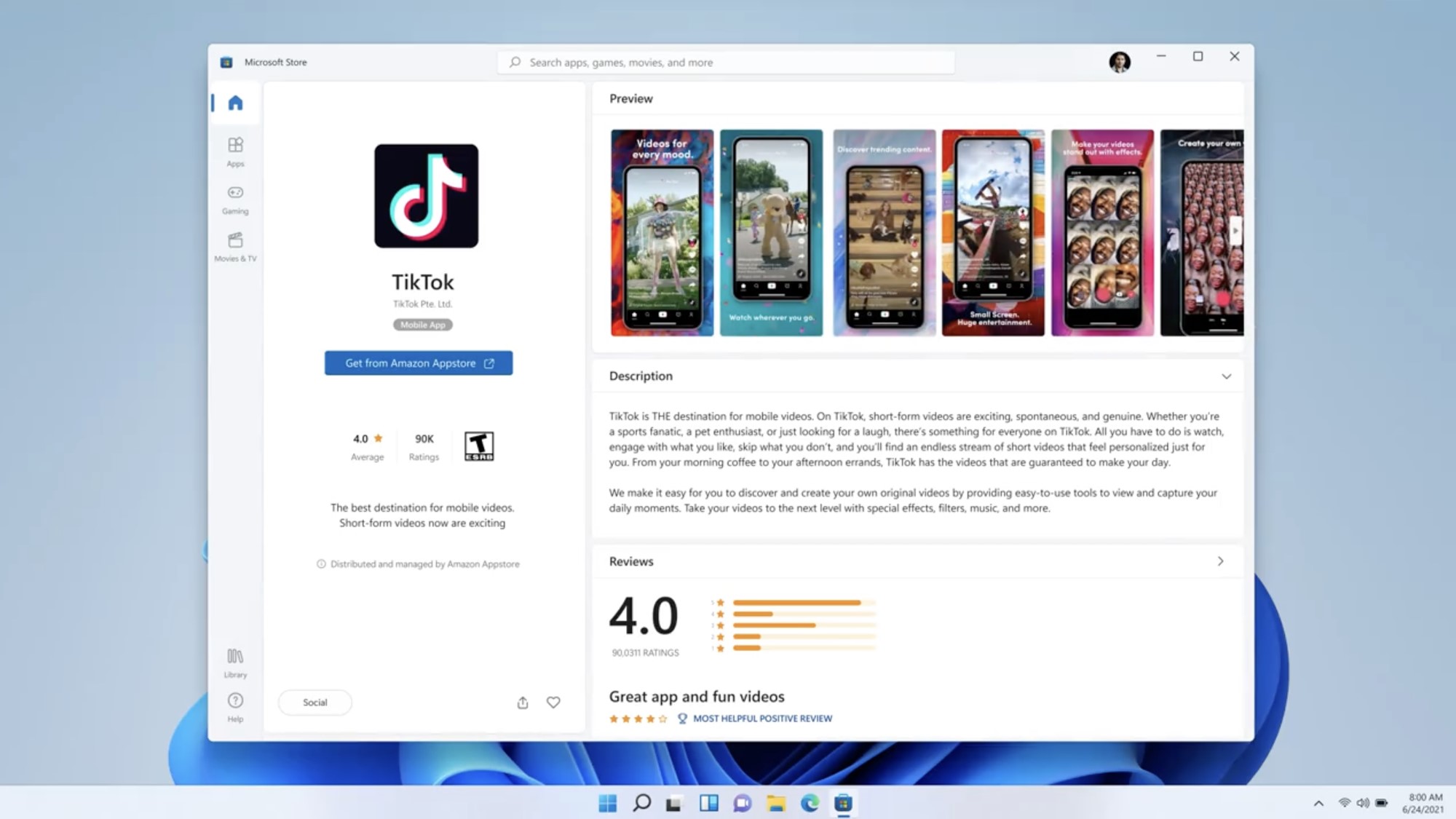 So in essence, Intel’s Bridge technology acts as a translator to convert Arm Android apps into x86 versions on the fly. This is similar to how Apple uses its Rosetta software to make x86 apps made for Intel Macs run on its new M1 Arm Macs, only in reverse this time.

The good news is, Intel isn’t keeping this Bridge technology to itself. If you have an AMD CPU in your computer you’ll still be able to take advantage of it and run Android apps on your Windows 11 PC. Intel confirmed this The Verge late yesterday afternoon. Microsoft has also confirmed that Android Apps will run on Arm-powered Windows 11 PCs as well.