An article went up on Gadget Lab just before the weekend arrived called “Top 5 Cellphone Letdowns of 2008” and the G1 landed at number 2, right behind the iPhone 3G.

“The handset poised to out-iPhone the iPhone had a laundry list of hardware letdowns: bulky, unattractive, and saddled with yet another proprietary headphone jack.”

Let’s be careful not to confuse reviews of the G1 with Android in general.Â  That’s a common problem and it looks like Terrence Russell knows the difference between the two.Â  “Updates to Google’s Android OS could salvage the device (Ã  la the iPhone 3G).”Â Â  The bigger complaints of Android are almost all addressable.Â  The stuff about the G1 however might not be as easy.Â  There’s not much one can do to “un-bulky” a phone.

The other phones to make the list are Palm Treo Pro, LG Dare, and Motorola Z10. 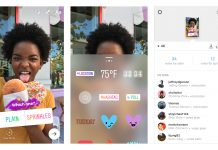