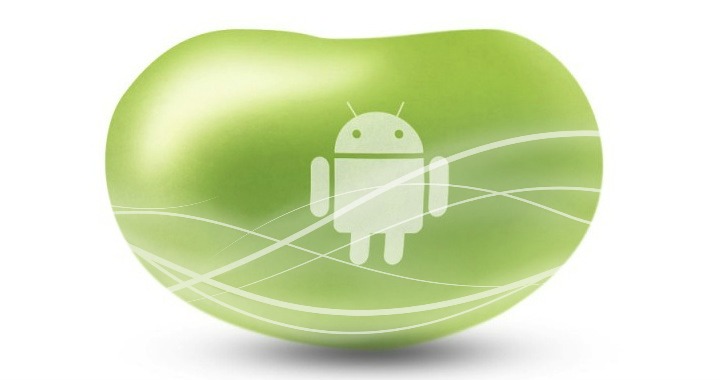 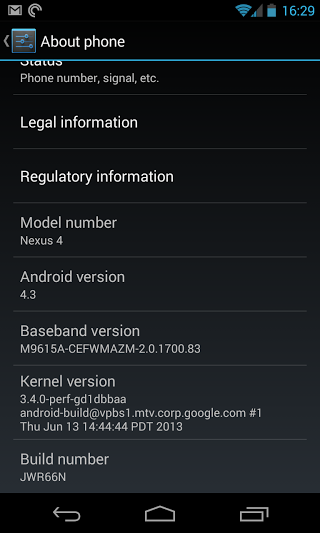 Android 4.3 has been popping up here and there on the internet for a while now, but now the leak has spread even further. If you’re the proud owner of a Nexus 4, there is a working Android 4.3 build posted up on XDA-Developers.com.

This particular build was extracted from a Nexus 4 running Android 4.3, courtesy of Google+ user Jeff Williams. The files are already confirmed to work but are currently being tested by Modaco-founder Paul O’Brien and we strongly discourage anyone from trying it out but if you’ve got a Nexus 4 to spare and can’t wait to get your hands on an early Android 4.3 build, it’s available in the XDA-thread in the source.

While we’re not exactly sure what this new version of Google’s operating system is going to bring, one thing is becoming very clear: It won’t be long before we find out the official details at the release of Android 4.3.