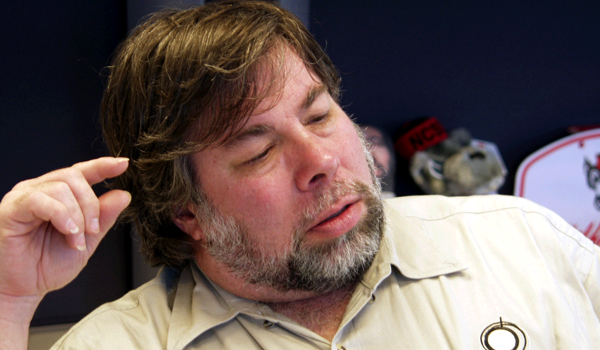 Although he is not quite ready to put his iPhone on the shelf, Apple co-founder Steve Wozniak has conceded that Android handsets have leaped ahead of the iPhone. Speaking in an interview with The Daily Beast, Steve admits that he looks at some of the features in Android and wishes his iPhone would work in the same manner.

“My primary phone is the iPhone,” Woz says. “I love the beauty of it. But I wish it did all the things my Android does, I really do.”

Be it the voice capability, back-end data connectivity, or built-in navigation, Woz feels like Android offers some definite advantages. What’s more, he too sees the whole 90’s PC vs Mac war playing out over the mobile landscape. Android, as many of you know, allows anyone and everyone to load the platform onto hardware. Contrast that with Apple and the tight grip they hold over the OS and you can see why many feel like Android is poised to take a massive hold on the mobile industry.

In an interesting note, Woz points out that Siri no longer works the way it once did and often ends up with awkward and incorrect results.  If Android is truly working on a Siri-like project and can nail it upon arrival then Apple could be in for a serious battle.

It’s definitely worth pointing out that Steve Wozniak still uses the iPhone 4S as his daily handset, and often recommends it to new smartphone users. As he sees it, Android holds its advantages however the iPhone is easier to pick up and learn.

The people I recommend the iPhone 4S for are the ones who are already in the Mac world, because it’s so compatible, and people who are just scared of computers altogether and don’t want to use them. The iPhone is the least frightening thing. For that kind of person who is scared of complexity, well, here’s a phone that is simple to use and does what you need it to do.

Apple Music app for Android: Good looking but lacks features and value – like the iPhone (review)