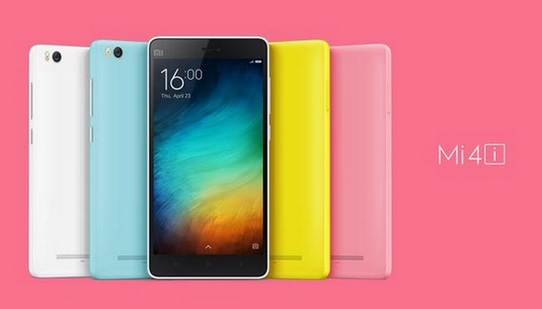 Xiaomi today launched the Mi 4i, the low-cost variant of its flagship phone – the Mi 4 – in India. This $200 packs some really impressive specifications including a 5-inch Full HD (1080 x 1920) display, primary snapper with a 13-megapixel sensor and a 5-megapixel selfie camera. Also on board are 16GB of native storage, Snapdragon 615 chipset, 2GB of RAM and Android 5.0 Lollipop out-of-the-box.

Despite its thin frame, the device packs an impressive 3,120 mAh battery. According to Xiaomi, the phone uses a new high-density battery technology to fit that much juice in such a small space. Also, the device comes with a quick-charging feature that is capable of charging the device up to 40 percent in just an hour.

In terms of design, the device features a polycarbonate unibody with a thickness of around 7.8mm. It also has a soft touch coating to avoid fingerprints.  The device also comes with fully laminated OGS Corning Concore display that offers the same level of protection as Gorilla Glass 3. The latest Xiaomi handset is available in black, white, light blue, orange and pink colors.

The Xiaomi Mi 4i will be released on April 30 in India for a price of $205. It will land in Hong Kong, Singapore, Taiwan and Malaysia in May.