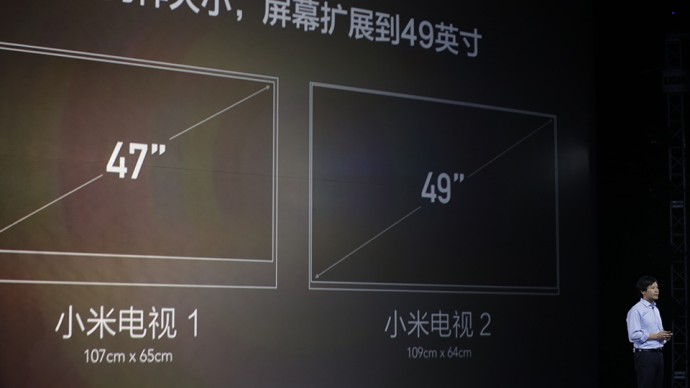 Tech lovers worldwide have just been given a reason to envy China. Early this morning Xiaomi just announced that it is releasing a 49-inch 4K Android TV called the MI TV 2.

Despite the price being around the same price as most flagship phones, this television comes with decent mid-range specs when compared to an Android mobile device and awesome specs when compared to other televisions. It boasts a MediaTek MStar 6A918 chip (1.45GHz quad-core CPU, Mali-45 MP4 GPU), 2 GB of RAM, plus 8GB of storage space with the ability to add up to 64GB more via a MicroSD card. Best part of all is that this TV comes with Android (using the MIUI TV skin) installed and an amazing 49-inch 4K 3D screen manufactured by either LG or CSOT.

The MI TV 2 takes its modernization of the TV one step further by ditching the old infrared remote and adding a Bluetooth LE remote. Xiaomi takes full advantage of the Bluetooth by adding features like “find remote” by tapping a button on the bottom of the TV to make your lost remote beep. If remotes aren’t your thing, you can use the app instead and control your TV using gestures and/or voice. The app will also bring up related information about the TV programs you are watching from sources like IMDB.

The innovation didn’t stop there. To make the TV only 15.55mm thick, CEO Lei Jun said that his team decided to store the speakers in separate parts. There is a wired audio bar that has the mid-range and treble drivers and a Bluetooth subwoofer. Having the Bluetooth speakers enables users to connect their mobile devices to the audio system to pump out music from their phones as well.

Availability is set for May 27th in China. No word if this TV will make an appearance Stateside or Europe anytime soon.