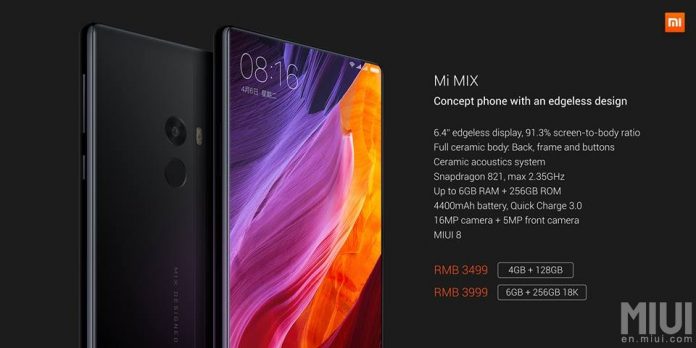 Xiaomi fans were not only treated to one pleasant surprise today but two. The Chinese device maker unveiled a beautiful high-end phablet, the Mi Note 2 but also had a concept to show off at their live event in Beijing.

Actually, it’s much more than a concept, since the phone will be made available for purchase in China (and hopefully beyond) on November 4 and will arrive in two models. 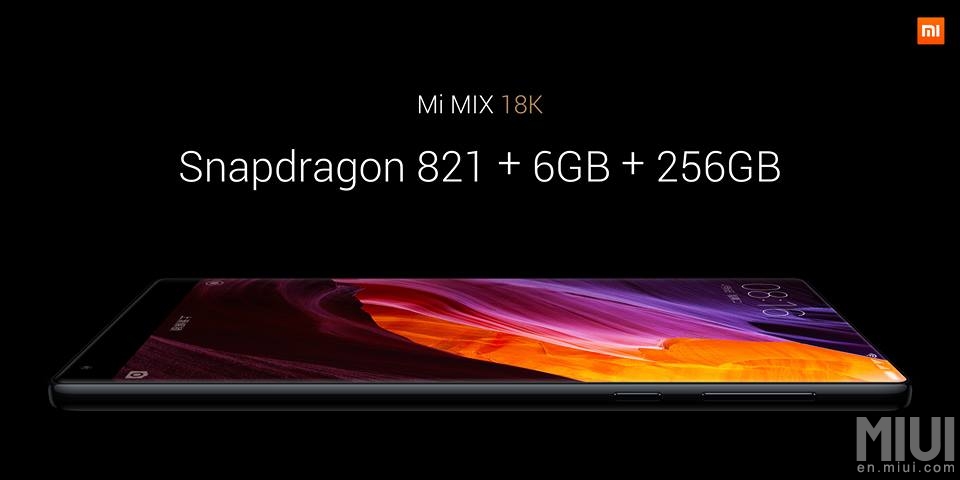 The smartphone, designed in collaboration with French designer Philippe Starck, looks even more stunning that the Mi Note 2 due to of its remarkable edge-to-edge finish.

The device, called Mi MIX reveals the company’s true potential and will certainly capture the hearts of many consumers. Xiaomi has made sure to include top-notch specs in the bundle. To start, the phone features a massive 6.4-inch edgeless display with a mind-blowing 91.3% scree-to-body ration. 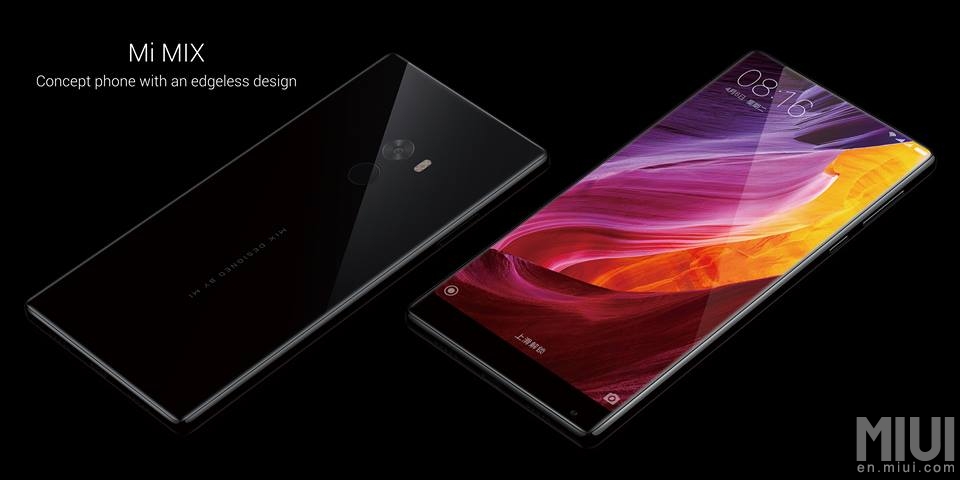 The powerhouse of this gorgeous handset is a Snapdragon 821 clocked at 2.35GHz with 4GB of RAM and 128GB attached. A Pro model with 6GB of RAM and 256GB storage will also be offered with a royal 18k gold trim around the rear fingerprint sensor and camera. Xiaomi has really unleashed the big guns with this handset.

We’re told the phone features a full ceramic body and buttons. Which brings us to a set of impressive highlights this phone possesses. The Mi MIX features a so-called “piezoelectric acoustic ceramic earpiece speaker” plus a proximity sensor instead of the usual front-facing infrared sensor. 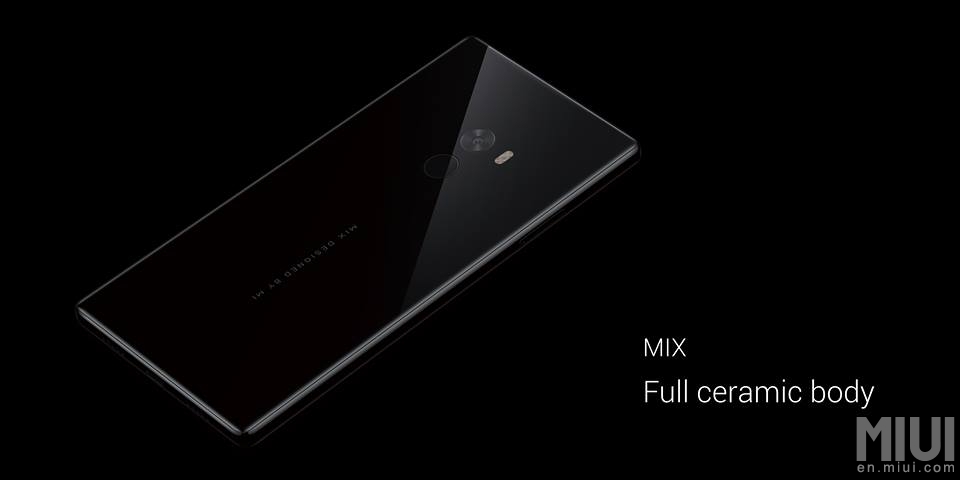 The former technology works akin to bone conduction audio tech found in some headphones. Basically, the user will hold the phone up, touch it with their face and hear the call.

Other specifications include a hefty 4,400 mAh battery with Quick Charge 3.0 support, support for 192 kHz/ 24-bit audio, NFC support and USB Type-C port and MIUI 8 on top.

As for photography, the massive phablet features a 16MP main camera with Phase Detection Auto Focus (PDAF) and a 5MP selfie camera. Unlike the vast majority of phones, the selfie shooter is located near the bottom, on an anorexic bezel strip. 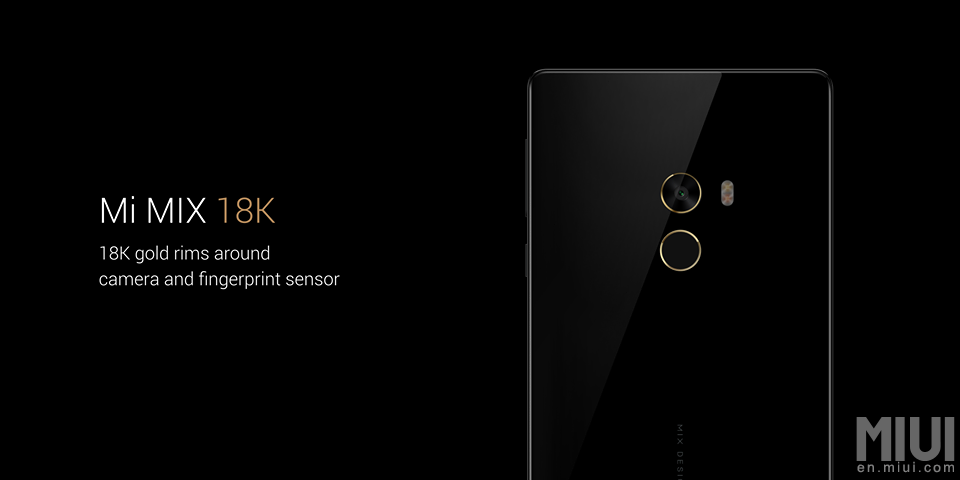 Xiaomi announced it will launch the phablet in 4GB / 128GB configuration for approximately $517, while the Pro version will go on sale for approximately $590 in China. With these phones, Xiaomi has truly proved it is one of the innovators in the mobile industry. While Samsung is dealing with the repercussions of the Galaxy Note7 disaster and loosing money, Xiaomi has already jumped a few steps ahead. 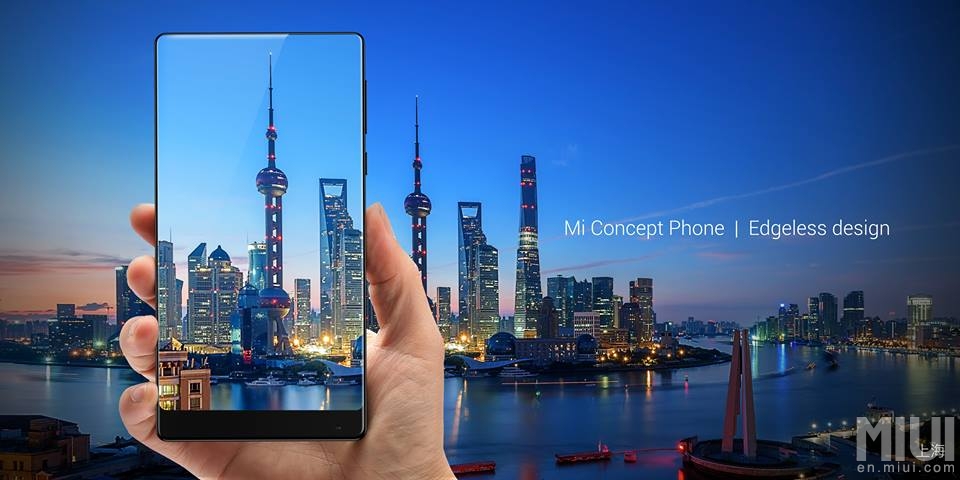 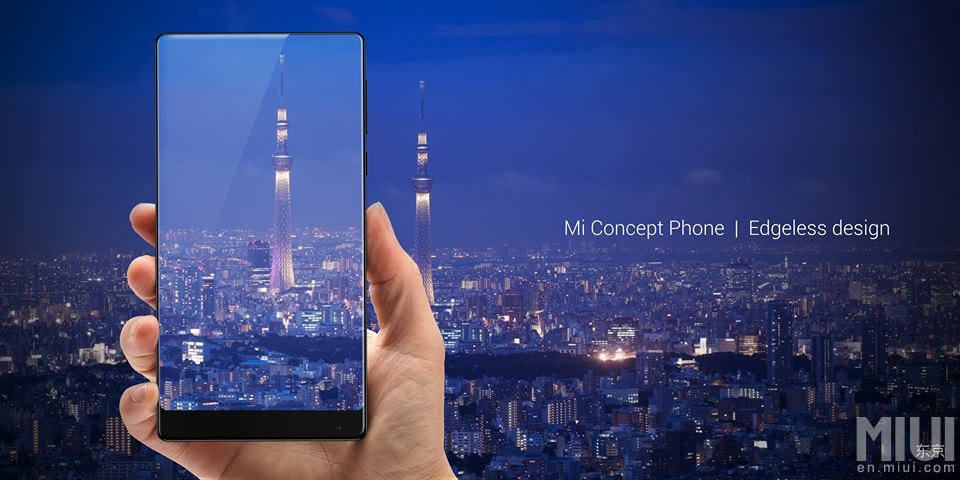 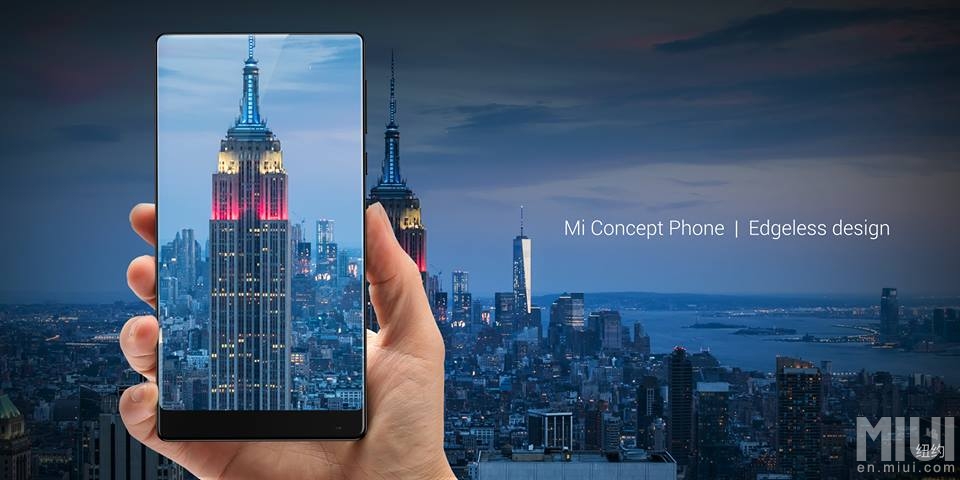 While we know for certain that the Mi Note 2 is destined to have a global variant, the Mi MIX will be sold only in China for the time being. But we really hope that Xiaomi will bring this phone across the pond at some point.