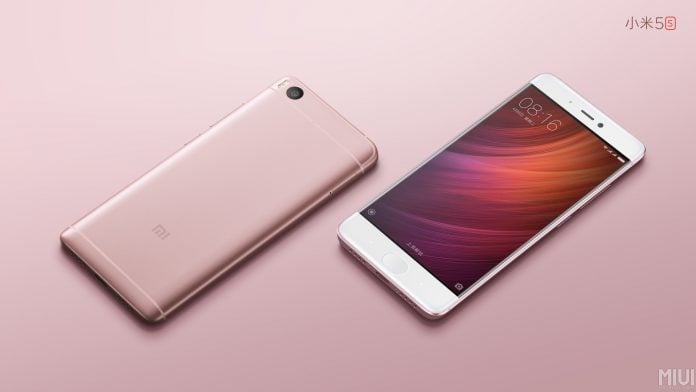 Chinese manufacturer Xiaomi has unveiled its two new smartphones–the Mi5s and the Mi5s Plus. Each device will sport different internal and external specifications with the Mi5s being the cheaper and smaller of the two. Xiaomi is set to begin pre-sales for the two devices on Thursday, September 29th, in China.

The Mi5s and Mi5s Plus also feature a camera upgrade with UltraPixel technology that we saw in the most recent HTC One. This feature should allow for more vibrant images and better shots in low light.  The larger Mi5s Plus has two 12MP sensors while the Mi5s has just one 12MP sensor, yet they both include dual-LED flash.

As you can see in the specs listed below, the Mi5s and Mi5s Plus don’t share the same internals, like an iPhone or Galaxy would, but instead offer more with varied colors, sizes, and memory options.

Xiaomi has stated previously that it would like to sell smartphones in the U.S. in the future, but as of now, there is no indication these will be sold outside of Asian territories. US Mobile has imported Xiaomi devices in the past and they do fully support the GSM and CDMA networks, but until Xiaomi officially announces anything, we will be left only with the option to import.