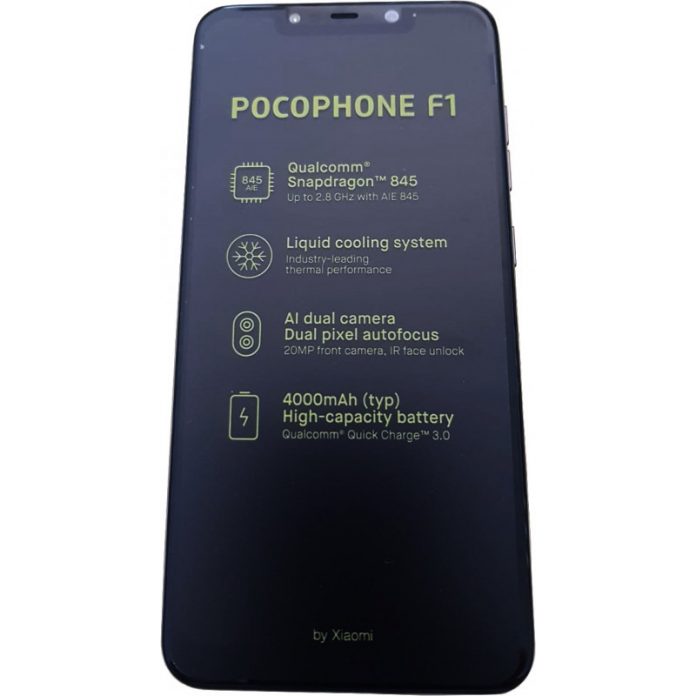 The Pocophone F1 is the first phone from Xiaomi’s new sub-brand meant to take on OnePlus. It seems rather commonplace in China for big mobile brands to have a sub-brand. Even OnePlus is a sub-brand of OPPO, while Huawei and ZTE have sub-brands as well.

While the Pocophone F1 hasn’t launched officially yet but that hasn’t stopped people from getting their hands on it early before the event on August 22. There are even videos on YouTube of it being unboxed.

Thanks to the unboxing and other leaks, we not only have a great view of the phone but have most of the specs confirmed as well.

On paper, the Pocophone F1 is a powerhouse ready to take on the OnePlus 6 and any other flagship out this year. It even includes the trendy notch display with a large chin like most other 2018 flagships. Other features include an IR face unlock, fingerprint scanner, Bluetooth 5, headphone jack, and quick charge 3.0.

Besides India, it is not yet clear where else the Pocophone F1 might launch. It is very possible Xiaomi would also offer it in Europe considering some European bloggers and journalists have already gotten them. Whether or not Xiaomi expands the Poco brand even further remains to be seen.

We’ll have to wait till August 22 to find out the official pricing and availability. However, if the price is in the market of what has been leaked it would be a steal for this phone.