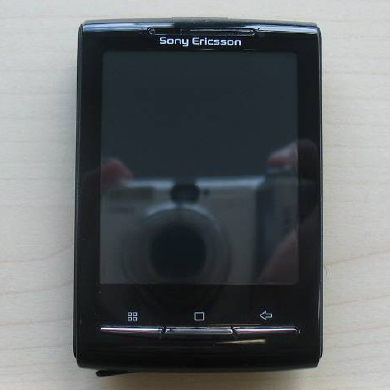 Several sites are reporting today that the Sony Ericsson Xperia X10 Mini has passed through the FCC approval process, bringing the next handset in the Xperia family closer to a release date.  It is rumored that Rogers and Vodafone UK are the frontrunners to offer the phone.

The Mini was announced along with the Mini Pro, which will have a small slide out QWERTY keyboard.  The Pro has not been seen in FCC hands as of yet, but it is safe to say that it is only a matter of time before that happens.

I am not a big fan of the Xperia line, but I can see a small handset like this appealing to someone who wants to carry a small but capable phone in their pocket.  The compact design will likely attract the same fans as the Motorola Flipout we saw earlier this week.

The specs of the phone are pretty vanilla and read like this: