The waiting is now over for users of the Xposed Framework who wished to run it on Android Lollipop, since the developer has just pushed out a huge updated to bring one of the biggest modification frameworks to Android 5.x.

Xposed Framework is a package that can be installed on rooted Android devices to open up no end of possibilities. These possibilities come in the form of modules that you can enable on-the-fly without having to flash ROMs or Kernels to add functionality to your device.

There is currently one caveat to Xposed Framework on Android Lollipop and that is that it may cause some bootloops on Samsung stock ROMs due to the way Samsung has implemented ART. However, you can flash a different ROM to your Samsung devices to overcome this. In addition, it’s not working with LG encrypted apps.

Otherwise, it seems to work pretty well and is certainly worth checking out if you’re interested in modifying your Android device but don’t want to flash numerous ROMs for new features.

To grab Xposed Framework for Android 5.0 Lollipop, head on over to XDA Forums right now. 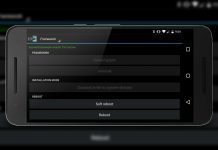