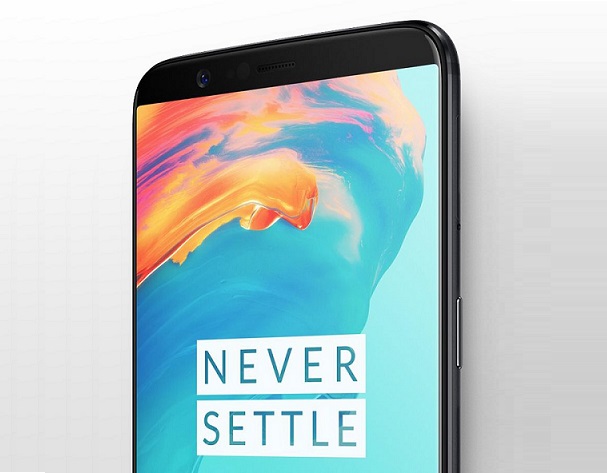 If you were still doubting the existence of the OnePlus 5T, here’s some solid proof that the phone is indeed coming. Reliable leakster Evan Blass just posted a press render which shows the top half of the upcoming phone on Twitter. 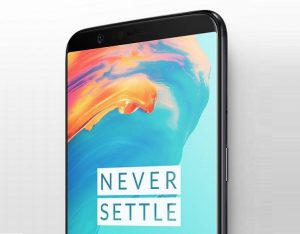 As previously anticipated and plainly obvious from the leaked press shot, the OnePlus 5T will come with a bezel-less display with the modern 18:9 aspect ratio.

The phone is expected to arrive with a larger 6-inch display with 2160 x 1080 resolution, a Snapdragon 835 processor, 6GB/8GB of RAM and 64GB/128GB internal storage options. It will most likely launch with Android 8.0 Oreo out of the box, thus joining a small family of smartphones that ship with the latest Android version. 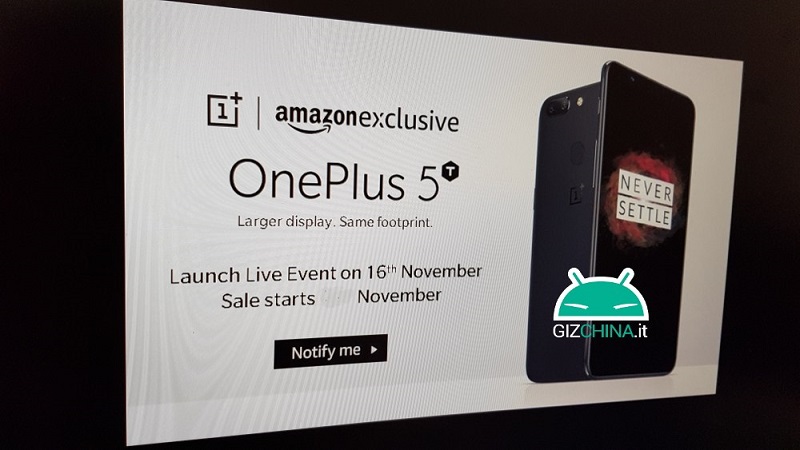 We also expect the phone to include a fingerprint sensor on the back and perhaps a slightly larger battery pack under the hood.

According to a recent leaked shot, the OnePlus 5T might launch on November 16 in India where it will be sold as an “Amazon exclusive”. So we can speculate that the global unveil could be set for November 14 or 15, but we don’t have anything definitive just yet.

Are you excited about the upcoming OnePlus 5T launch?