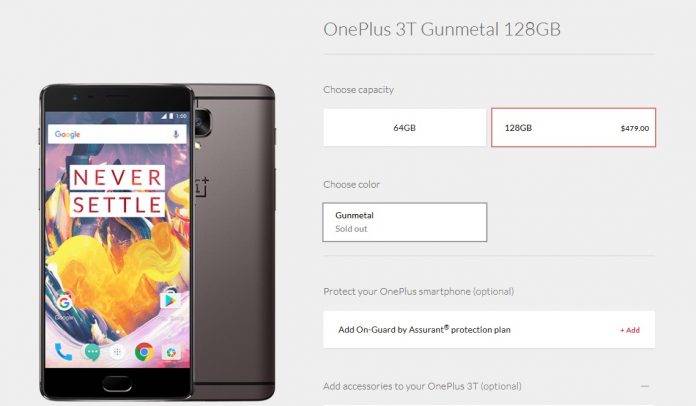 Looking to pick up an OnePlus 3T with 128GB of internal storage onboard? Sorry, but we have bad news for you – the version has been discontinued/sold out.

If you don’t believe us, you can go ahead and check the official website and see for yourself. The only option available to grab is the 64GB version. But if you wanted a phone with more storage, you’ll probably have to wait for the OnePlus 5. Since the OnePlus 3T doesn’t feature a microSD card slot – 64GB of built-in storage is all you’ll be getting for now. 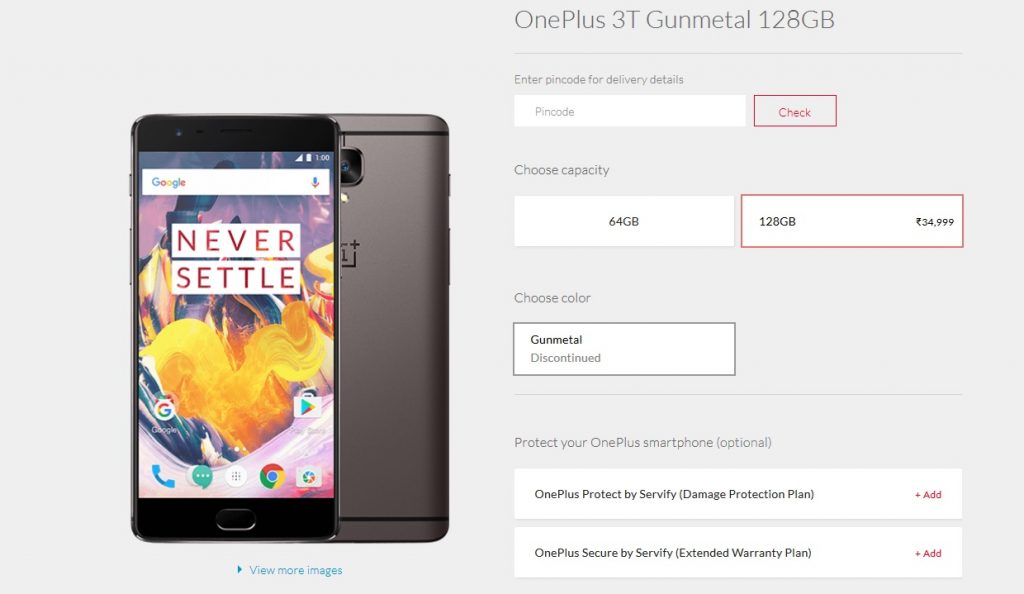 Nevertheless, customers who are in the UK, Hong Kong or India (via Amazon) can still buy an 128GB OnePlus 3T. Still it’s quite unlikely that stocks will be replenished, once the the remaining units sell out.

Why has OnePlus discontinued this model? Probably because it’s slowly making way for the OnePlus 5. A company spokeswoman explained OnePlus is a small company that currently needs to focus (all) their efforts on one flagship device – an obvious reference to the OnePlus 5. 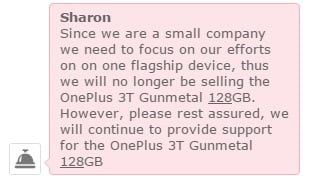 There might be another reason behind the OnePlus 3T with 128GB going extinct after only three months of life – Samsung has ceased production of the USF 2.0 memory chips which this version uses.

The good news is that the OnePlus 5 is expected to make an appearance as soon as this summer. And if rumors are correct, the phone should arrive carrying at least 128GB of internal storage. A variant with 256GB might also become available.

[Update]: It appears OnePlus has no intention of discontinuing the OnePlus 3T 128GB, but in countries where the product has sold out, customers will need to wait for the next wave of inventory. As least referring to the Indian market, OnePlus notes:

“We will continue providing the OnePlus 3T 128GB Gunmetal to the market in the future.”

The same probably holds true for the US market.