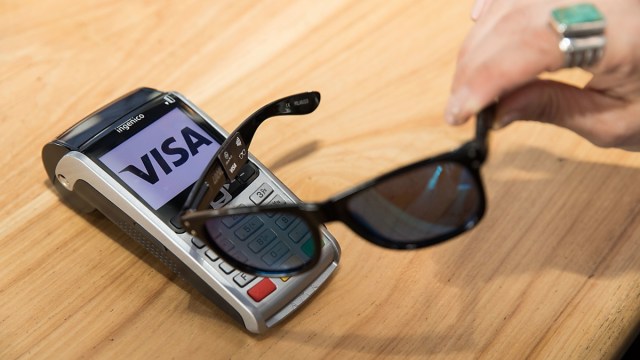 Google had the Glass and Snapchat has its Spectacles – both intriguing attempts of bringing the average pair of sunglass into the smart era.

While Google Glass focused on “augmented reality”, Snapchat’s Spectacles aim to allow users to capture adventures on the go, kind of like a GoPro you put right on your face. Well what if we told you sunglasses are bound to get even more smarter?

There’s technology available which allows you to make payments with your smartphone or smartwatch, but in the near future all you’ll need to pay for that smoothie will be a …pair of sunglasses. 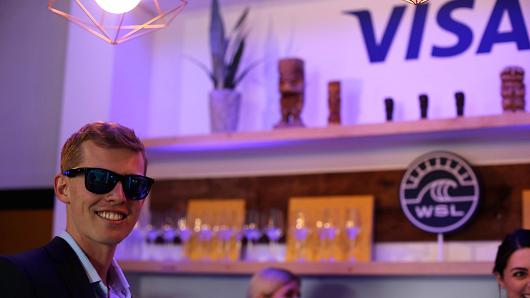 Present at the South by Southwest Festival in Austin/Texas, VISA announced a pair of payment-enabled sunglasses. They don’t look much different than your average pair of H&M spectacles, but in one of the glasses’ arms, VISA has hidden a tiny NFC chip which is connected to a person’s VISA account.

To make the payment, you’ll have to take the pair of sunglasses off your face and hold it near a NFC-enabled terminal (we suppose the other way around is also possible). The transaction takes only a second or two. 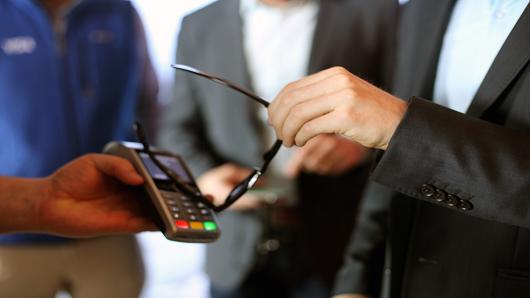 It turns out that VISA envisions a world where any everyday item could be easily turned into a payment-enabled device.

We guess that the VISA glasses might come in handy when you’re out running and you don’t want to bring your smartphone or smartwatch, let alone your wallet. On a summer day, all you’d need to pay for a bottle of water while you take a break from running, would be a stylish pair of glasses.

The VISA spectacles are currently in prototype stage, so you won’t be able to purchase them anytime soon. However, they represent an interesting product to look forward to. Would you purchase a pair if VISA priced them affordably enough? 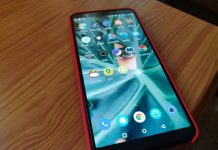 How to stop apps from automatically updating 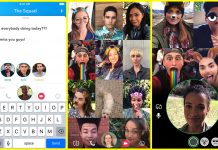