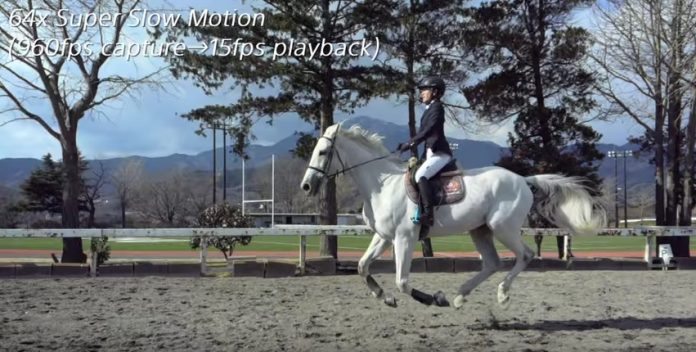 Sony might not be your favorite smartphone maker, but the company surely rules supreme when it comes to image sensors. Actually in all possibility, your current smartphone takes advantage of a Sony camera sensor.

Well this week the Japanese giant has announced its latest development in sensor technology for mobile phones – a 3-layer BSI CMOS sensor that packs its own DRAM inside which is capable of shooing stunning slow motion videos in full HD 1080p resolution at a whopping 1,000 fps.

Current CMOS sensor feature two layers – the image sensor itself and a circuit section designed to process signals that the sensor produces. Well now Sony has added a third a third layer which brings extra memory to the table. The technology allows the new sensor to process a still image at 19.3MP in only 1/120 of a second – which, we’re told is 4 times faster than the older IMX318 sensor.

The sensor itself features 21.2MP pixels and can record 4K video at 60fps or 240fps in Full HD. To compare, the Google Pixel can shoot 1080p video at 120fps or 720p video at 240fps – so as you can see the difference is quite impressive. The slow motion capture can be programed to set itself off whenever a fast-moving object is detected and because its stored in the sensor’s own DRAM it won’t have an impact on camera performance.

Below we have attached for you a super slow motion video so you can see the new sensor at work:

Sony hasn’t shared any details about when we can expect to see a smartphone carrying the new wonder sensor, but it won’t probably be right away. Although it’s definitely something to look forward too.