Coming in on the heels of Facebook, YouTube has announced today that it will begin offering 360-degree live streaming. 360-degree videos were first announced back in March 2015, but that degree of live streaming has been unavailable until now.

In addition, spatial audio is being released for on-demand YouTube videos. This will give people a truly immersive experience as they watch via virtual reality device. YouTube is working with industry creators like VideoStitch and Two Big Ears to help make their software compatible with 360-degree streaming.

Demonstrations are available at all YouTube Space locations worldwide, so creators and viewers can test drive the technology. Android users can also check out this YouTube playlist for experiencing spatial audio.

Gmail, YouTube, Google Calendar, and more interrupted by an outage this morning

Live streaming to YouTube is coming to Stadia tomorrow 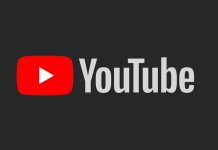 YouTube has 22 James Bond films free to stream this December