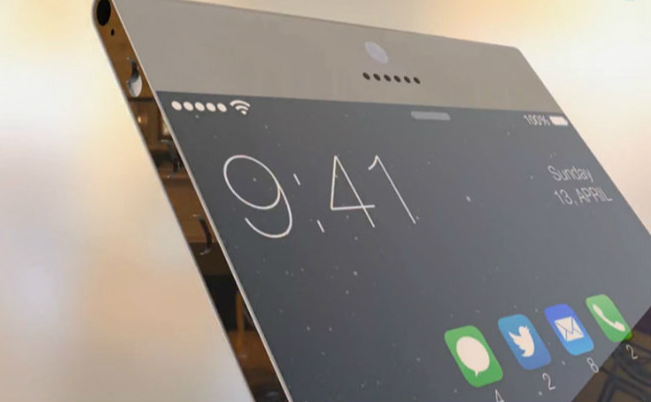 ZTE is one of the up and coming Chinese companies that’s attracted our attention in the past year. The manufacturer released a very solid flagship not so long ago, the Axon 7 which comes boasting a super affordable price-tag.

ZTE was also present at CES 2017 to showcase its concept phone, the Hawkeye – an adhesive, eye-tracking device which should see the light of day in September 2017. Clearly ZTE has a desire to innovate the mobile ecosystem that will apparently extend beyond the Hawkeye initiative.

According to Android Pure, which has stumbled upon the company’s MWC 2017 teaser on Weibo, ZTE is gearing up to unveil a number of intriguing results and new products during the event in Barcelona.

The most interesting one of all is the elusive “world’s first groundbreaking concept mobile phone”. Remember that we predicted “concept phones” are going to become a thing in 2017? After the Xiaomi MI MIX, Huawei Honor Magic and its own Hawkeye, ZTE is apparently planning a new phone with disruptive features.

We’re not given any information on what we might expect from the phone, but we can speculate a little bit. Given that the Hawkeye is a phone that will make it out on the market with middle-range features including a 5.5-inch display with 1920 x 1080 pixel resolution, a Snapdragon 625 and a dual-camera setup (13MP+2MP combo) – the “groundbreaking concept mobile phone” might turn out to be a high-end affair.

The phone might arrive with an edge-to-edge display in the vein of the Xiaomi MI MIX, a Snapdragon 835 under the hood and a few kooky features (think self-adhesion). Keep in mind we’re only theorizing now and nothing we mentioned above has been confirmed by the company. However we are excited to see what ZTE ends up unveiling at MWC 2017.

The company is also supposed to share info on developments including 5G, cloud services, networking and terminal equipment, the Axon 7 series and the newly launched Blade V8.