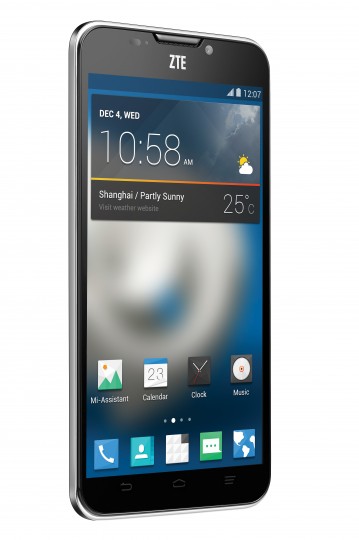 Users can unlock their phone by just speaking to it, and also take ‘selfies’ without clicking. Running on Android 4.3, it comes with 5.5-inch touchscreen with a full HD resolution, a 2.3GHz quad-core Snapdragon 800 processor, 2GB RAM, 16GB internal memory, 13-megapixel rear and 2-megapixel front cameras and a 3,000mAh battery.

“We pulled out all of the stops with the Grand S II; we built upon the success of the original Grand S, and added the latest high-performance hardware and features, including voice control,” said Mr. Zeng Xuezhong, EVP and head of the Mobile Devices Division, ZTE. We developed this technology internally and feel that it represents a significant leap forward in man-machine interaction. The Grand S II will be the first of many ZTE products that will demonstrate our innovation in this area.”

Are you planning to grab the ZTE Grand S II? Tell us about it in the comment box below.