I remember a time when I bought a ZTE modem for my internet broadband connection, and today is a time when ZTE is making phones, not just phones, but some extraordinary smartphones with specs good enough to take on any of today’s leading smartphones. Although, ZTE top smartphones are not available in States, but today they launched another one in Hong Kong, may be just to tease all Android phone lovers in US and UK. 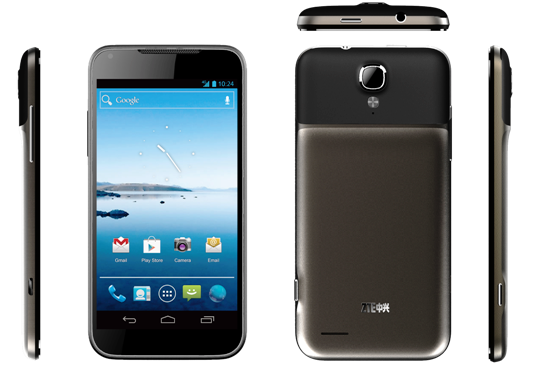 Behold, the ZTE Grand Era LTE, may be a brother of the Grand Era recently launched in China. The phone is the first of its kind, featuring a dual-mode 4G LTE, that will support China Mobile’s TD-LTE / LTE FDD network, but that’s not it. The phone is running on a 1.5GHz dual-core processor, 1GB of RAM, 4.5-inch 1280 x 720 pixel resolution display with Gorilla Glass, an 8 megapixel camera with LED flash, and also the battery consumption is less on it as compared to other LTE phones, also it’s slim and light in design.

Well, we don’t think so the device will hit States anytime with such specs i.e. LTE radio. But we can expect to see it at CES 2013. Though if such device hits the US shore, would you prefer picking one?