With CES 2016 in full swing, we’ve already seen announcements from the likes of Huawei, Jaybird, Polaroid, Misfit, Acer, and others. Of course, there are many more announcements to be expected over the course of this week and beyond, but ZTE didn’t want to miss out on the early action.

Earlier today, ZTE announced two new Android phones that will be coming our way, as well as couple other goodies. Before jumping in, the devices that were announced today aren’t going to end up in the “powerhouse” category, but instead are joining the steadily growing budget lineup of Android devices. 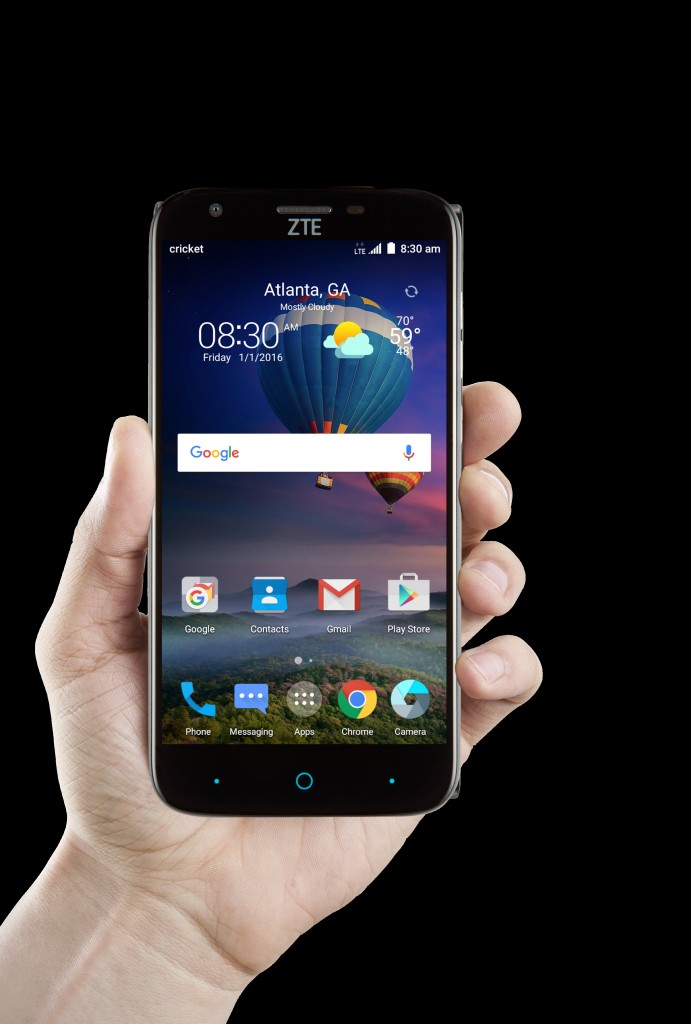 The ZTE Grand X 3, available on Cricket Wireless later this month, will run its customers only $129.99 and has a fairly impressive spec sheet.

As I stated above, the ZTE Grand X 3 is going to turn heads as one of high-end smartphones announced at CES, but there are two noticeable additions. ZTE is jumping on the USB Type-C bandwagon, furthering the push to make this the new standard and moving away from micro-USB. Additionally, the Grand X 3 has a mammoth 3000mAh battery for a device in this price range. These are two things that will put the Grand X 3 on the map in the budget devices category.

The other device that ZTE is introducing today is the ZTE Avid Plus. This is kind of the little brother to the Grand X 3, but much less impressive. The spec-line for the Avid Plus reads like something you would have gotten two years ago or so, as a mid-range device.

Priced only $15 cheaper than the Grand X 3, the Avid Plus won’t really turn many heads, but could be that first device for the young ones in your family. Just to make sure they don’t have a tendency of breaking the higher-priced devices. On the bright side, it does have a decently sized battery, and microSD card support up to 32GB, so not all is lost with the Avid Plus.

In addition to the two latest budget devices to come from ZTE, the company had two more cool announcements to share with everyone today. First, we’ll take a look at how ZTE is trying to grow their community of users. With the announcement of Z-Community, ZTE is looking to “develop deeper relationships with members that result in products that offer more personal value to individuals.”

In 2015, we proved we put consumers at the heart of everything we designed, built, and delivered through the Axon smartphone series. We worked hard, persevered, and strove for greatness as defined by consumers and users. In 2016, we are taking that approach to a new level and will look to Z-Community for more than improving upon what ZTE has already done, but how we develop products and services moving forward.

From the looks of it, ZTE is trying to get everyone on board with their devices, offering users to possible affect changes to future devices. This is a great move, and as long as it’s executed correctly, we could see more great devices from ZTE in the future.

The final announcement from ZTE was regarding their popular protection plan, Axon Passport. Axon Passport 2.0 will offer a couple of new features that were not available previously; Unlimited Out of Warranty Repairs, Total Assistance, Replacement Assistance.

Through Axon Passport 2.0, users will now enjoy a free two-year protection plan which will cover any repairs outside of the traditional manufacturers warranty. ZTE notes that there is limit on the number of requests that can be made in that two-year period.

Total Assistance and Replacement Assistance are for those of you looking to upgrade from your current unlocked ZTE devices. If you’re in the market for one of ZTE’s awesome Axon phones, the company will let you trade in your current ZTE unlocked device and use the credit towards the purchase. You can only apply a credit of up to $100 towards the purchase of an Axon device, but hey, something’s better than nothing.

Replacement Assistance is for those that travel Internationally. If you’re traveling abroad and your device is lost or stolen, ZTE will issue a $100 credit towards the purchase of a new device. While not absolving the cost completely, it’s pretty awesome to see ZTE try and help out where they can when times get tough.

While the devices that were announced today aren’t earth-shattering, it’s still pretty awesome to see the latest budget devices that are coming out. Maybe we are getting closer to a time where the $600-$700 devices don’t rule the market, and budget devices become the norm.

Drop us a line below and let us know what you think about today’s announcements from ZTE, and whether you’re starting to consider more budget devices instead of those high-priced flagships.