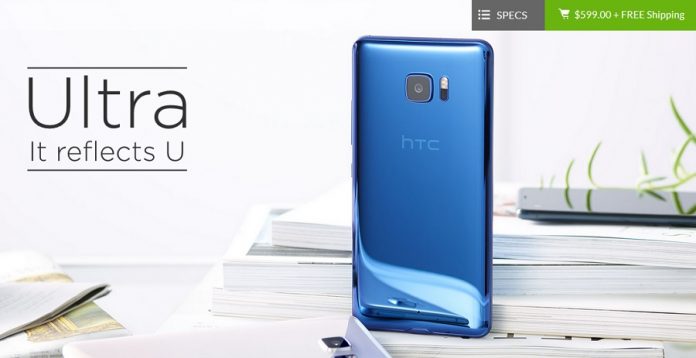 The HTC U Ultra was unveiled in the first weeks of January, but only a few months later was the device made available for purchase in the US. The phone hasn’t been a huge hit with customers so far and with the Samsung Galaxy S8 out and about, HTC is trying its best to attract customers’ attention towards the HTC U Ultra. So it’s hosting a promotion.

Starting Monday, April 17 through Sunday, April 23 interested parties willing to buy a HTC U Ultra will be able to do so with $150 off. The phone will available for grabs for $599 on www.htc.com.

But that’s not all. The Taiwanese company is also slashing $200 off the HTC 10, $150 off the HTC Bolt which also ships with a free clear case and $300 off the HTC One A9. So if you too have been mulling over a HTC device, now it’s the right time to make your purchase.

HTC’s latest flagship, the U Ultra comes equipped with a 5.7-inch display with 2560 x 1440 resolution and a secondary 2.05-inch screen with 160 x 1040 resolution. On top of the Snapdragon 821 processor nestled under the bonnet, the HTC U Ultra also brings the power of 4GB of RAM and 64GB of internal storage (microSD card slot available).

It’s the first phone from the HTC lineup to feature the Sense Companion, the company’s own answer to the wave of AI-driven assistants. The phone is offered with UH OH Protection – a complementary one-time replacement for broken screens or water damage.