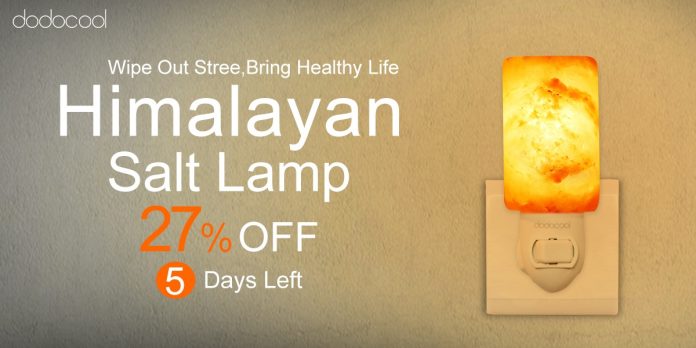 If you’re looking to breathe easier and be a more energetic person, you might want to invest in a Himalayan Salt Lamp. Salt Lamps claim to absorb water then evaporate it while releasing negative ions into the air. This creates a similar effect to an ionizer and purifies the surrounding air.

Why do you want negative Ions around you? Negative Ions neutralize pollutants such as allergens and irritants, help relieve symptoms of asthma and sinusitis while improving sleep quality. They also fight against electromagnetic radiation caused by electronic devices such as your television, computer, or mobile phones.

Right now, Dodocool is having a great sale on these lamps. You can get up to 27% by following these steps:

Additionally, one out of every ten people who go through this process will get a code that gets them the lamp for free!

Editor’s note: This is a paid sponsorship and does not necessarily reflect the views of AndroidGuys.com