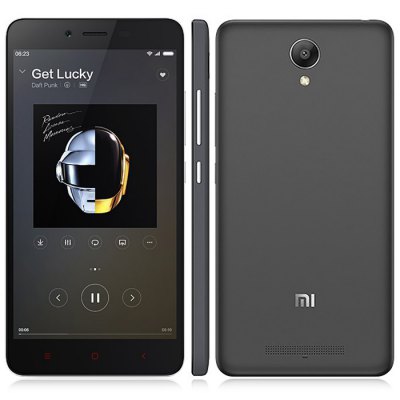 ,Xiaomi RedMi Note 2 is yet another Chinese phone up for pre-order on Gearbest. Xiaomi is one of the more beloved Chinese OEMs in the tech community.

Xiaomi’s Mi line is a highly sought after phone around the world. It doesn’t get much attention in the US, but then again, which Chinese phone does?

The RedMi Note 2 is a high quality device built by Xiaomi. Sure, it isn’t top of the line stuff, but it packs a big punch in a little price tag.

Yes, these aren’t the most well known components, but they are certainly enough to keep the phone running through daily tasks. Especially for the price point.

The cameras are pretty basic with a 13MP rear-shooter and a 5MP selfie camera, there really isn’t anything to write home about here.

They will take decent enough pictures, but probably won’t be able to hold up against a Galaxy S6 or iPhone 6, but those come at over three times the cost.

Sensors that are packaged into the RedMi Note 2 include:

Pretty standard stuff here, but it helps to remember the price tag attached to all this coming in at under $200.

In addition to all of those sensors, the RedMi Note 2 also has a GPS just like any other phone in existence. Then you also get Bluetooth 4.0 along with it.

Just like the last phone we talked about, the ZTE Nubia Z7, this phone is lacking a removable battery, but there is expandable storage via a microSD card slot.

This “standard version” comes with 16GB of internal storage and 2GB of RAM which will be sufficient for most people’s daily needs.

Once again, that 16GB can be expanded with a microSD card up to 32 additional GB of storage.

The best thing about this phone is that it is running the latest and greatest! That’s right, the RedMi Note 2 is running Android 5.1! Sure, it is skinned witha MIUI 7, but MIUI is one of my favorite OEM skins.

MIUI has been one of my favorites since the Jellybean was the newest big sweet. Their theme engine is outstanding.

You could partially apply themes like you can in CM12 with MIUI. Except they had it back way at 4.1 as far as I remember. Maybe even earlier than that!

Anyways, enough about the software, let’s wrap up the hardware talk.

The phone, just like with all other phones sold on Gearbest, is factory unlocked for use on any GSM network that supports the following bands.

So what are you waiting for? Go check it out on Gearbest right now and pick up one of your own for $168.85.

Remember, this is a pre-order, so units won’t ship until September 16th.