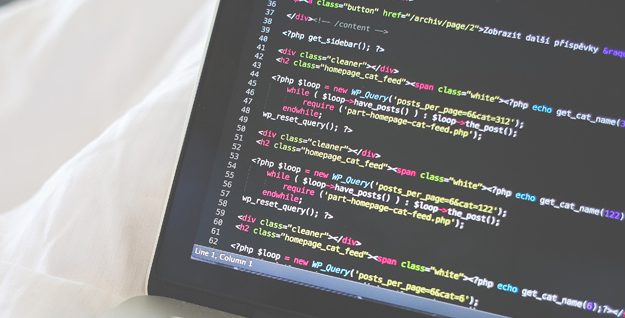 Developers and web designers, much like the rest of us, live fast paced lives. Due to the quickly changing landscape of web and app development, designers must stay on their collective toes or risk getting left behind the times. Most developers will tell you that having up to date gadgets (like the beautiful new Samsung Galaxy S8 or LG G6) with some essential apps make their lives much, much easier.

In years past, designers were stuck to a desk utilizing a desktop PC or at best, a portable laptop but with recent app releases, this is no longer the case. Cell phones and tablets increase the number of hours one can be working whether it be during a commute, during down time, or basic activities. While we may not all want to be working during those times, a few helpful applications can help web designers get work done in time that would normally be wasted. Who doesn’t like getting ahead on their work?

While researching Android web development information, it’s easy to see how you can make a site without much preparation, test it on a web server that you can have running on your Android device, move the files to a server via FTP, and SSH to an outside server to work with a live record. Just like that, you can devise a page right from your phone.

But, what apps do you need to get this done? Here are a few you may want to consider.

This app is a very useful HTML editor which you can carry right in your pocket! Some have described it as the ultimate source code editor for web developers and designers. It has a ton of options and tools including an HTML editor, PHP editor, CSS editor, and JavaScript editor. In addition to those tools, it also has a text editor which supports Japan, Cyrillic, Chinese, Western, and Central European encodings, as well as code completion, syntax highlighting for HTML, PHP, CSS, and JavaScript files. Built in previews and virtual key tags for popular phrases are all included. Webmaster HTML Editor supports HTM, HTML, HTML5, DHTML, CSS, PHP, PHP3, PHP4, PHP5, Txt, and XML.

WordPress is one of the most powerful platforms on the internet and the Android app helps you control your website or blog. It’s incredibly easy to use the Android app for creation as it will allow you to write posts or edit pages from within the app. Write, edit, and publish posts as well as check stats and read other’s posts via the built-in reader. WordPress for Android supports not only WordPress.com sites, but also self-hosted WordPress sites running WordPress 3.5 or higher.

Evernote is an incredibly well-known app, but in case you’ve been living under a rock for the past few years, we’ll lay it out for you. Evernote is a scrapbook and archiving tool that you can store all manner of files and thoughts in. If you’re a web designer, you don’t want to be stuck without a place to store your genius ideas when they happen to strike. Evernote also has an AndroidWear app so you don’t even need your phone handy to store the information you need.

Flipboard takes your favorite feeds and converts them into a digital magazine. Flipboard is perfect for collecting everything into a manageable, well-presented app where you can filter out all of the nonsense and just get straight to the article you want to read. For this reason, Flipboard is very popular among designers to not only unwind by reading the news but also getting inspiration for new ideas for their sites. The newspaper-like presentation allows for easy skimming, but also allows you to dive deeper into a topic if you are interested in it.

Web designers and developers are often times creating projects that will be viewed mainly on mobile, but they’re not creating those projects on mobile devices. This produces a disconnect because what you see on your computer’s display won’t necessarily equate to what you see on a mobile browser. Live View will give you instant feedback on how things look when designing graphics for mobile apps and sites.

For our iOS friends, Nebulous Notes offers markdown previewing and macro shortcuts. You can edit files from any Dropbox folder unlike may other apps which tie you into just one. It also provides local file storage with synchronization to make sure you’re always working on the most up-to-date files. There’s also an option to change the app’s theme and fullscreen support! Nebulous Notes has been described as the closest thing to Notational Veolocity/nvALT in your pocket.

Webkit is incredibly popular right now. It powers both iOS’s Safari and Google Chrome, but it’s not the only game in town. Designers and developers for both the iPhone and Android devices should be “playing the field” and Opera Mini is a perfect example of a browser they should be developing for and testing on.

Fontest, as its name would indicate is a very useful typography app. You can quickly preview how your favorite fonts look on websites or blogs when rendered on Android devices. Fotest includes six free fonts and also supports adding your own TTF and OTF fonts. It also includes support for smooth font resizing and custom display text. Pretty nifty.

There are a ton of text editors in the Play Store but after some testing, some devs report that 920 Text Editor is quick and clean which is extremely useful when writing and editing code on a small device like a phone or tablet.