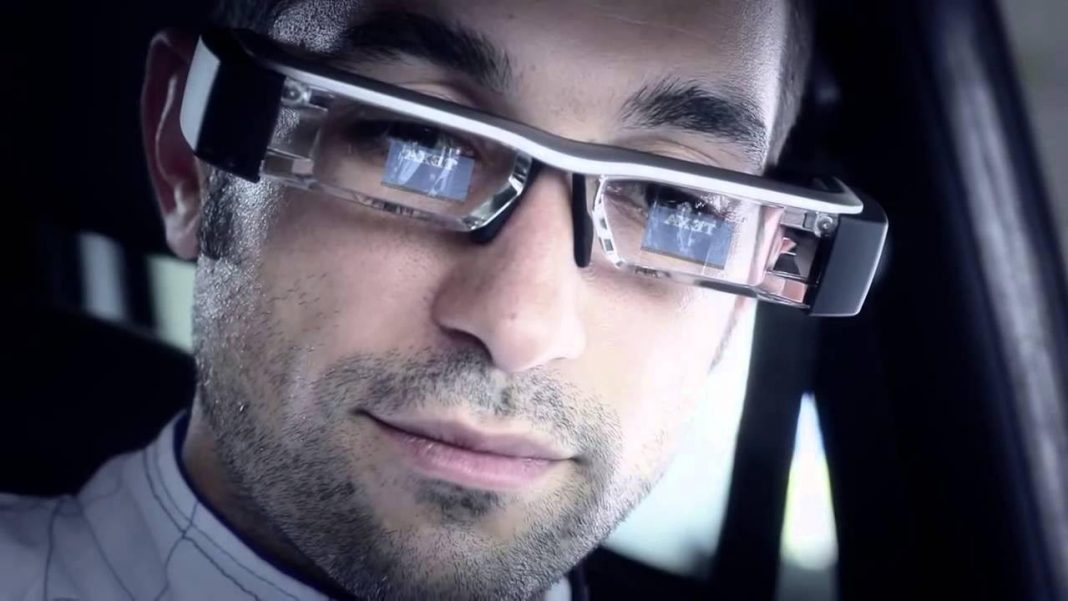 When was the last time you watched Tom Cruise’s fiction and AI masterpiece movie, Minority Report and thought “Hmmm, wonder if I’ll be around to see that kind of technology?”  Well according to Meron Gribetz, you just might.

Augmented reality (AR) Technology has been a topic of interest for a significant amount of time now. With the flood of Marvel and DC movies along with the archive of science fiction movies that continue to persuade us into the idea of a digitally phenomenal world of interactive technology, tech enthusiasts all over the world are asking the question “When will I get to have my own Jarvis Augmented reality?”(Iron Man reference).

Tech engineers are finally bringing a Jarvis like universe to life through two mind blowing concepts…”Augmented Reality (AI) and Virtual Reality (VR)”. In these arenas, 2016 is seeing a host of well anticipated releases of eyewear set to mark a new threshold for ultimate visual and interactive experiences.

Virtual Reality Technology has been in major discussions, not only among tech lovers but, a number of major industries, particularly because of the its ability to shift sporting, gaming, corporate and even learning experiences to a whole new level. Although the technology has been around since the 90s, it’s only in recent years that we have seen its remarkable potential which can actually take you into a 3 dimensional and interactive world with the use of sensory devices. 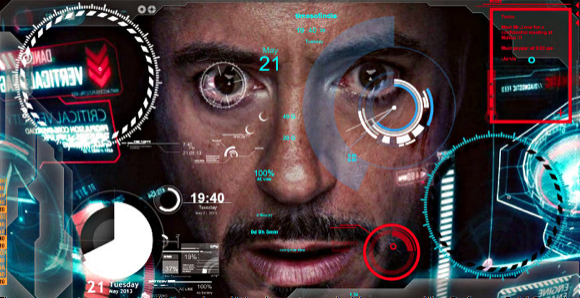 These computer generated virtual realities have turned video games like Defense Grid 2 and Eve Valkyrie into our reality. With a number of VR models already entering the scene, we thought you should know about some of the incredible things you can now do with a pair of VR specs on the market. Caution…This will blow your mind.

The release of the long awaited Oculus Rift was received by its biggest fans, gamers, with glorious “It’s about time” chants. The Oculus Rift begun its journey in 2012 with the release of its virtual reality debut, the Oculus Rift Development Kit 1. The new and improved Oculus Rift brings gamers to a 1200 x 1080 resolution pumped with a 90 Hertz display to experience beyond-the-screen-gaming. The frontal lobe of the Oculus Rift is fitted with a set of advanced sensors that are all easily detected by the device’s camera to deliver spectacular visuals.   The built on head-set delivers surround sound 360° audio and it is perfect for playing games and watching movies.

If you build it, they will play, definitely a satisfying assurance by fans to gaming giant Sony PlayStation on the upcoming release of the Sony PlayStation VR. GameStop, an American video game, consumer electronics, and wireless services retailer, now in partnership with Sony, announced its fastest sellout in history when it put the PlayStation VR up for pre-order(within 5 minutes), proving that the device is one release we want to get our hands on ASAP. 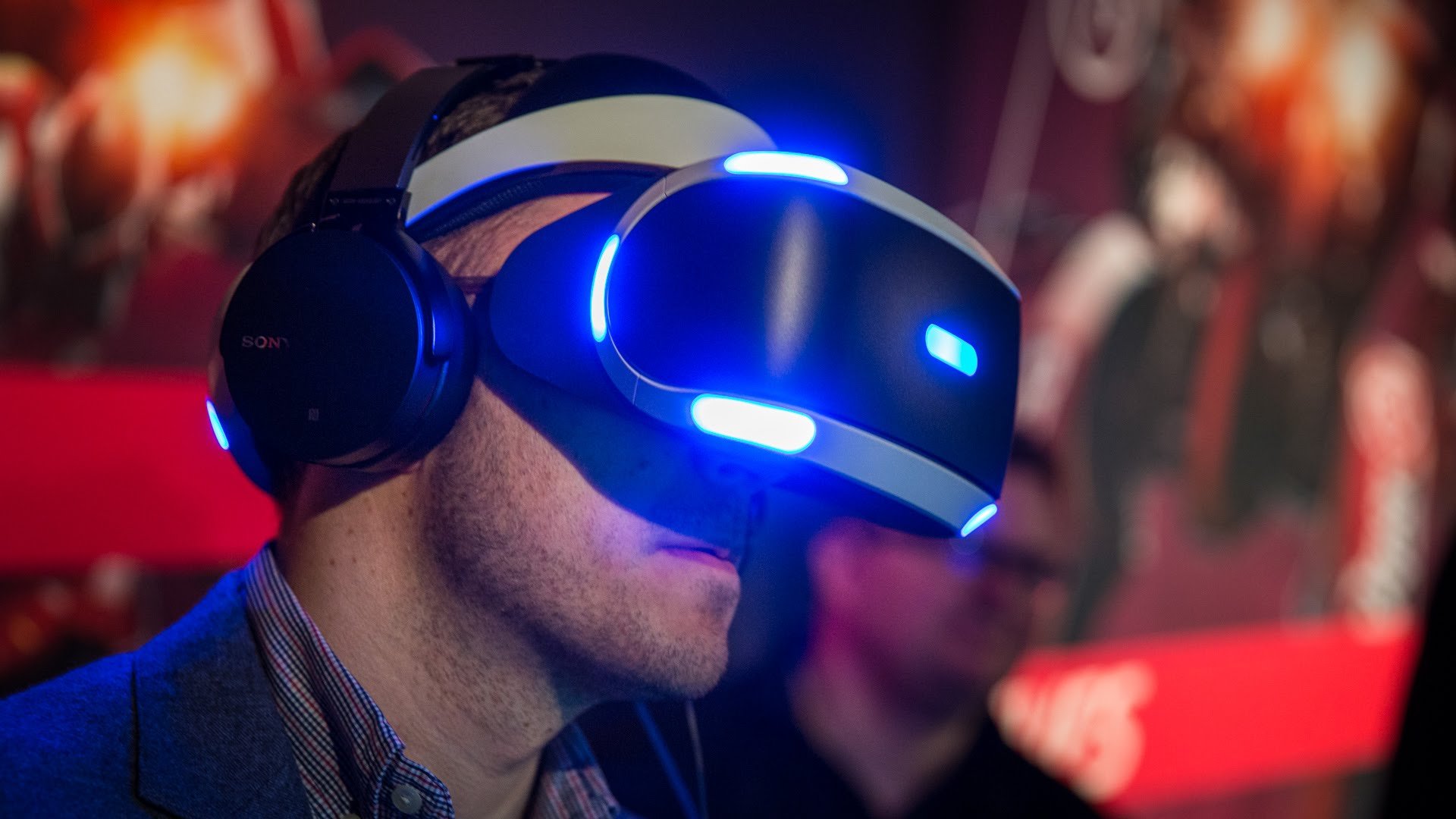 Why? Because of what this powerful device promises to deliver. Sony’s explosive new device VR device that syncs well with the PlayStation 4. Set to be released on the 13th of October 2016, Tech Radar has dubbed it the most affordable introduction to quality to VR at just £350. The device stands out against competitors in design with a smooth and more rounded design with spectacular LED lights along the edges.

The resolution of the device sits at a spectacular 5.7 in OLED display with perfect HD resolution that delivers a whopping 960x1080p to each eye. The built in 3D surround sound audio and television broadcast capability enables friends to see what you are seeing. A particularly incredible stand out feature on the PlayStation VR will be the Cinematic mode that will mean that even content that isn’t made for VR will be VR enabled such as movies, photographs etc., a feature made with non-gamers in mind.

An Introduction to Augmented Reality

Augmented Reality is a concept that has had our eyes and ears glued to tech forums in anticipation of news on product release dates, prototype features or even insider updates on the potential of this intriguing concept.  This particular technology introduces us to a host of advanced interactive experiences and a new kind of control.

Wearable technology has been the biggest introduction of AR and VR technology, particularly in the release of smart eyewear and headsets.  Tech giants like Microsoft, Metavision and Osterhout Design Group(ODG) are actually succeeding in developing models of augmented reality glasses that have reached a significant milestone past their competitors- building peoples’ confidence in the potential AR. Here are some models that are actually leading the pack so far.

In the expansion of the potential of AR technology, Osterhout Design Group has produced a set of AR glasses that come with a set of remarkable features for entertainment, navigation and medical assistance. The model runs on a Snapgragon 805 processor which, put in simple terms, is like having a tablet on your face. It comes with two 720p lenses (transparent lenses) of which both can be controlled separately to allow you to multi-task through different tasks.

The company recently joined forces with automobile giant BMW to craft a feature that would provide real-time, above-the-line safety and navigation information to drivers. Not only that but the model’s 3-D and clear resolution allows medical practitioners to analyze X-rays from a variety of angles.  The glasses are run on Android operating system and come along with all of the fantastic features we’ve grown accustomed to in smartphones: We’re talking 5 megapixel camera, auto focusing, the list goes on. The jaw-dropping cinematic mode brings movies right into your living room and there are even plans of adding this 3-D tech to airline in-flight movies. 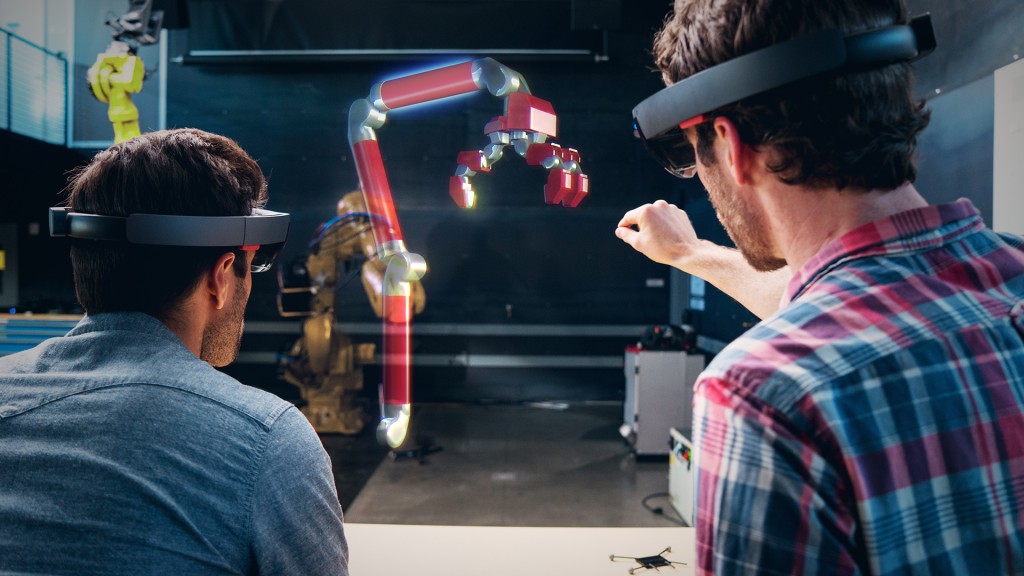 Perhaps the most anticipated release of 2016 is by the company that continues to lead its industry in turning innovation into reality, the Microsoft HoloLens. This long awaited release introduces us to unique kind of augmented reality…one that goes a little further…Holograms. Yes, the word does come up quite often in many of your favorite Sci-Fi movies, but now, you can experience them for yourself.

The Microsoft HoloLens introduced us to the future of computing at the start of 2015. The company released news on its $3000 price tag headset that had us all wondering what the big deal was about. Now, after hearing about what it will be able to do, we’re beginning to see just why.

The HoloLens is made up of two plastic layered rings, the outer ring that holds the lenses and the inner ring that comfortably wraps around your head. The aesthetically appealing device has a futuristic external structure, but what makes this bad boy a major deal are all the features that are packed into it.

The visual clarity of the camera is just the start of the HoloLen’s AR glory. The model is fitted with multiple cameras around it that are able to detect your body movement and your environment.

The powerful processor of the HoloLens projects images into the lenses which bends the light particles of the images and creates the virtual components for your eyes. This is what makes the HoloLens quite unique, you are able to see high definition 3-D models of objects that are clear to the point of appearing to be part of your surroundings. Not only that, but Microsoft engineers are working on a feature that will allow you to physically manipulate the structure of virtual components.

Picture being able to change structures, bend them, mould them or even build them from scratch all with the power of AR technology. Can things get better than this? Yes, Microsoft will develop a feature that will allow you to activate a lock on your hologram that keeps id in one position, enabling you to look at your structure from other angles.

The device is powered by both gesture and voice control and uses “spatial audio” which is certainly a feature to brag about. Spatial audio is a sound feature that creates the impression that sounds your hear are coming from sound sources placed anywhere in a space, and not just from the location of the speakers.

We are yet to hear word on the release date of the model, although a few demo sessions are being held to give fans a feel of the not so distant AR future.

What makes AR and VR different?

The major difference between virtual and augmented reality is quite fascinating. Augmented Reality brings 3-D graphics to life in the real world. The technology adds computer generated components in the form of sensations, holograms, digital images and spectacular graphics into your existing reality. Virtual Reality on the other hand is a more isolated but graphically intriguing technology in which you are visually transported to a virtual world.  Currently, VR is quite ahead of AR in terms of resolution quality in video games, although AR is slowly but surely catching up.

In terms of devices, virtual reality has in most cases been applied to headsets or hand controllers or remotes that give you the power to closely interact with the virtual world around you. Augmented technology has not only been added to wearable devices but also to smartphones, iPads, tablets etc.

A great example of this is the recently released and viral Pokémon GO smartphone app that has had more than 21 million users daily, officially kicking Candy Crush (20 million daily users) off of the top spot. Pokémon GO has indeed shattered a bunch of records in its debut and with the continued upgrade of its augmented reality technology, it doesn’t look like users will be unPokémon GOing anytime soon.

The Similarity of AR and VR

These new age technologies are quite alike in their make-up in that they both use the same kinds of technology with the aim of delivering a new and improved experience. The technologies are increasingly being adapted to entertainment sources, that’s video game consoles, cinemas, theme park arcades and tons more. The goal of this adaptation is to shift entertainment beyond the screen and to create deeper interactions between you, the user and the entertainment of your choice.

Virtual reality and augmented reality are great examples of experiences and interactions fueled by the desire to become immersed in a simulated land for entertainment and play, or to add a new dimension of interaction between digital devices and the real world. Alone or blended together, they are undoubtedly opening up worlds-both real and virtual alike. Perhaps a little AR technology would do wonders for downloads of the already popularized dating app, Tinder, anything is possible with this kind of technology.

This article was contributed by Sophie U., Content Specialist at SmartBuyGlasses a leading E-commerce designer eyewear retailer. Read about their story here and for related articles, you can check out their Optical Center.

Heading out into the wilderness or hitting the open road helps you leave behind the daily stresses of work and life. However,...