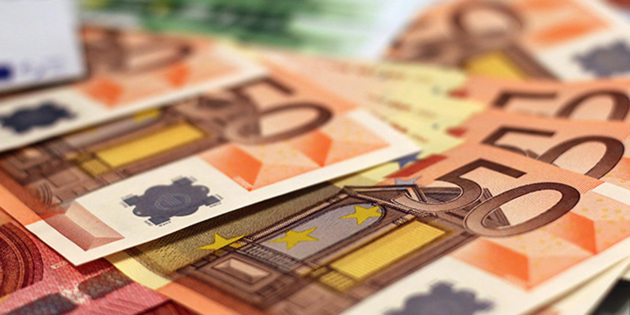 Have you been tempted to join the growing band of amateur Forex traders? If so, it’s hardly surprising. In a world where good investments with substantial yields are hard to come by, the Forex market is a tantalizing opportunity. With currency pairs existing in a constant world of change, there is always the opportunity to make money for those who know what they are doing.

Of course, knowing what you are doing is the major caveat there. For every winner there is a loser, and those who blunder in blindly are likely to get bitten where it hurts. Clearly, you need to take a logical and strategic approach to trading, and to get certain things in place before you begin.

This brings us to the Android apps. While stockbrokers in the traditional sense do still exist, many amateur traders are turning to smart apps to deliver the insights and advice they need when deciding on that next trade. Even those who still rely on human advice will need a trading platform through which they can interact with both the market and their broker. So before you can start playing the markets, you really need the right app on your smartphone. Here are four of the most popular.

This is the app that has become almost synonymous with trading, having been around in desktop form since 2005. When you give it a try, you can see how it has gained its reputation as the best mobile trading platform for Forex. And best of all, the Android app is free to download.

MetaTrader 4 is ideal for the serious investor who wants to get into the nitty gritty of trading – it features 50 different market indicators and a whole additional range of tools that you can use to get the best possible picture of how a particular currency pair is going to behave.

But it is also ideal for beginners. You can open a demo account to learn the ropes and make all those beginners’ errors before you start trading for real, or if you prefer a slightly more hands-off approach, the app provides a shared space where you can interact with your real-world broker and let him take care of the trading activity on your behalf.

A mythical character famed for robbing from the rich and giving to the poor is an interesting inspiration for a Forex trading app, but then again, this is no everyday app. Developed by a team of students from Stanford University, the app is clearly aimed at those who like the idea of getting something for nothing, and much has been made of its commission-free trading.

Undoubtedly this is what lies behind its appeal to novice traders, and the fact that those who download it have an average age of just 26 says it all.

The app does everything you ask of it, but don’t expect tools and functionality on the level of MetaTrader 4. As a cheap and cheerful trading option, it has a growing following, though, and the developers are now looking to monetize it, having released a premium version in 2016.

Anyone who has any interest in trading will be aware of the E*Trade brand. The company was instrumental in bringing trading to the man or woman in the street back in the 1980s, and has remained an important player ever since.

The Android app is certainly slick, and contains functionality that many traders will find appealing, including voice search as standard, Apple Watch compatibility and a choice of live streams from finance channels such as CNBC.

All those bells and whistles come at a cost, however. The commissions per trade are far higher than most apps, while when you get into the detail, the trading tools themselves fall short of the likes of MetaTrader 4.

At the outset, we talked about how important it is to go into trading knowing what you are doing. This is an app that will help you become an expert trader without having to risk any of your own money. Of course, you can do exactly the same thing in, for example, MetaTrader 4’s demo mode, but TradeHero takes the whole gamification approach to a new level.

It works in much the same way as a fantasy sport app. Starting out with $100,000, you can build a fantasy portfolio and compete against other users. The best performers get their names up in lights and appear at the top of the leaderboard.

The app also provides a platform for real trading with real money, but for most, it is the virtual aspect that makes this one a little different from the rest, and it even has a following among experienced traders, who use it to try out innovative trading strategies in a zero-risk environment.

Ready for the day trader lifestyle? Check out this 10-course bundle, just $49.99

Top 5 forex Android apps to help you in trading (Promoted)

Super apps are here to stay and shall remain present till the existence of smartphones. First launched in Asia in 2010, it...