Bluboo is preparing to take the wraps off the S3 smartphone. In the meanwhile, the company is busy building some hype around the soon-to-be-announced flagship.

This week, Bluboo released the official introduction video for the S3, which is expected to arrive with a huge 8,500 mAh battery under the hood.

Bluboo also confirmed the upcoming phone’s spec sheet. Before we get down to the nitty-gritty, let us tell you the S3’s design was inspired by the Galaxy S9. Although the interesting texture on the back is what sets the two models apart.

So what can we expect from the Bluboo S3?

The phone should arrive with a 6-inch fullHD (2160 x 1080) InCell display with 91% screen-to-body ratio. The S3 is fueled by a 1.5GHz MediaTek MT6750T processor, aided by 4GB of RAM and 64GB of internal storage. Bluboo has included a microSD card slot which allows for memory expansion up to 256GB. 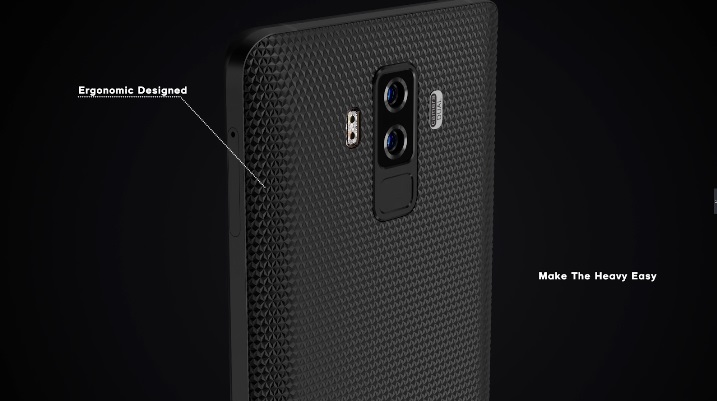 Like it’s most trendy today, the back of the phone is adorned with two camera sensors, one of 21-megapixel variety and a second 5-megapixel one. A single 13-megapixel shooter sits on the front, for selfie-taking purposes. All three sensors are Samsung-made. 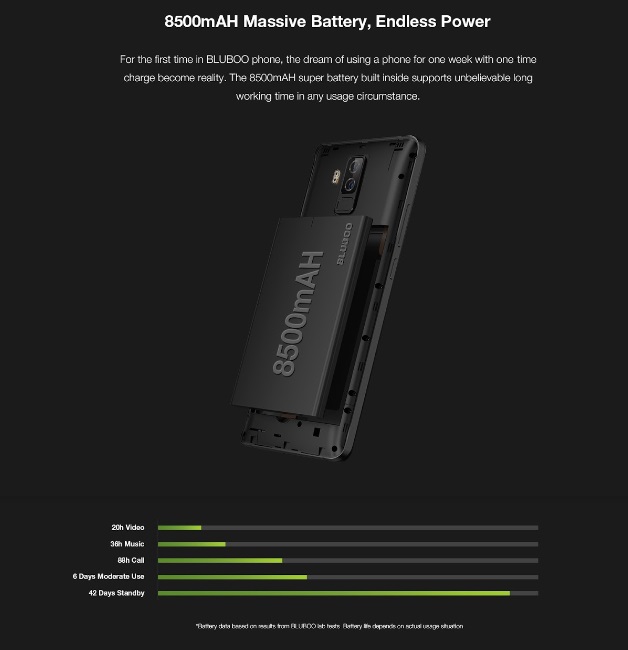 As we told you above, the S3 should make a debut with an 8,500 mAh battery support for 12V/2A charge and 1A output recharge function. According to Bluboo, the phone can be fully recharged in 2.5 hours and can last up to 6 days on a single charge. It remains to be seen whether this will be the case in real life. 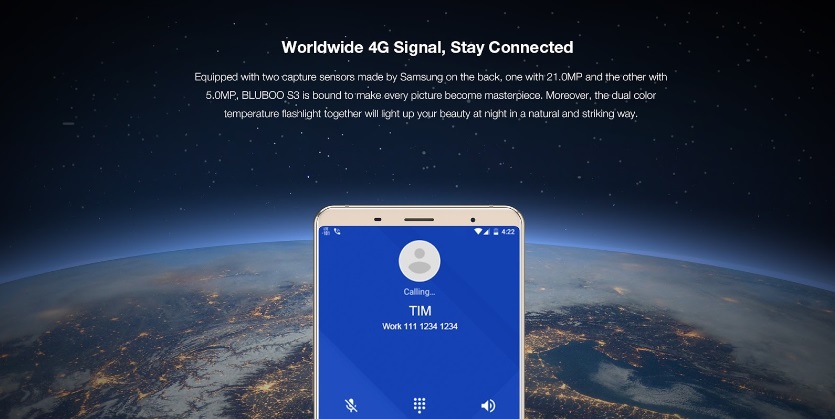 Bluboo also mentions the device will come with both FDD-LTE and TD-LTE bands, as well as NFC. 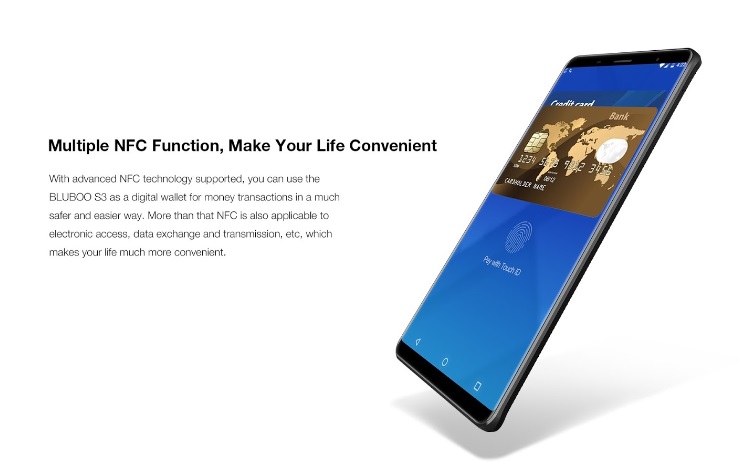 The company confirmed the S3 will become available on Banggood come April 18. The phone is already listed on the website with a $199.99 price attached. Yet, Bluboo will offer the phone at a promotional price at first. So early adopters will be able to grab the Galaxy S9 alternative for only $149.99. 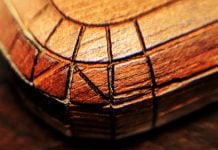