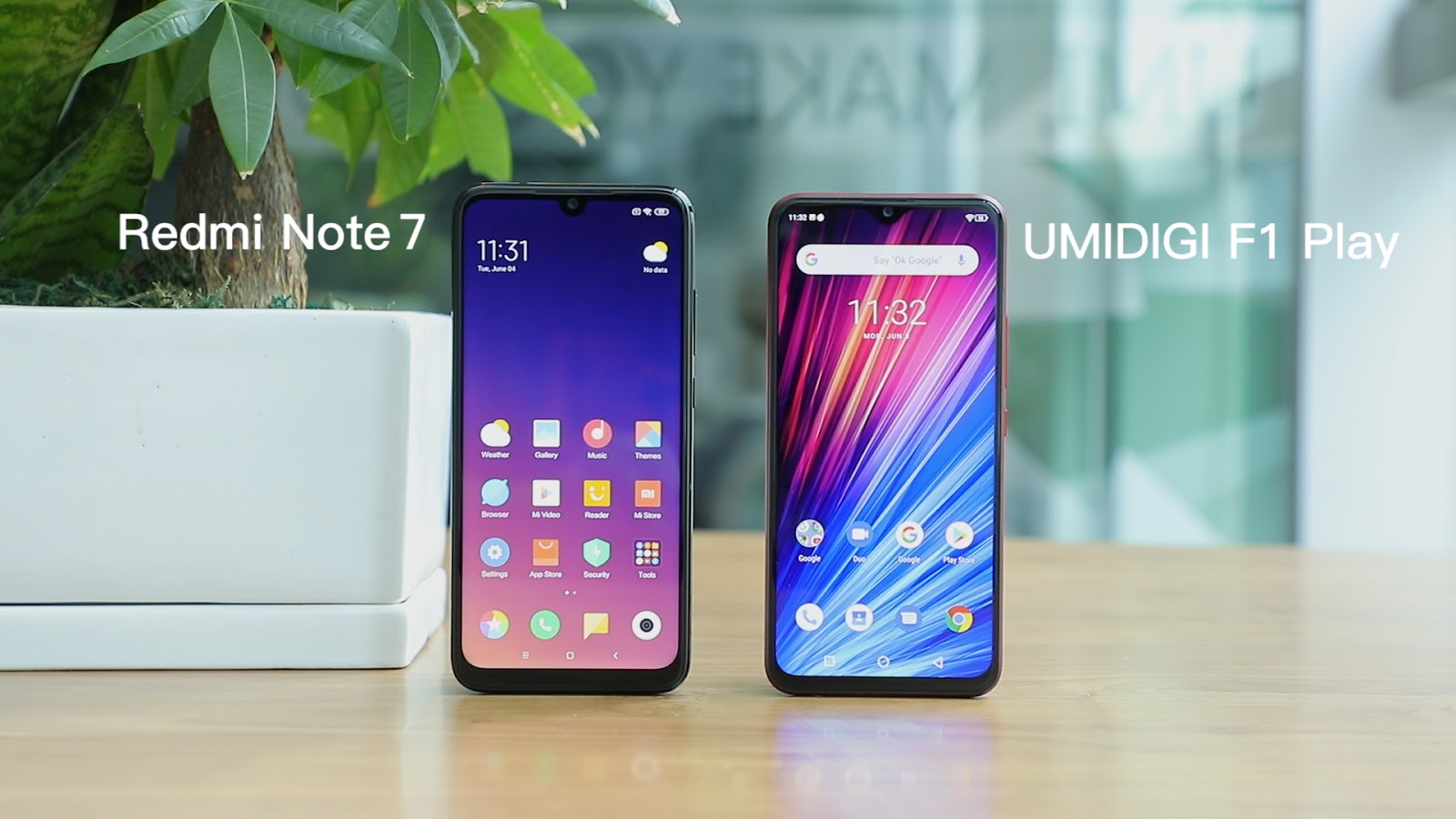 While top-tier smartphones and flagships get most of the fanfare and attention in the mobile space, there’s plenty to be said about those on the “low end”. Why? Because even those which cost just $200 can be quite the experience. Often, these entry level devices are enough to satisfy the average user’s needs.

Let’s take a look at two recently introduced models which run about $200 and see how they stack up to one another. In this example we’ll compare the UMIDIGI F1 Play and the Xiaomi Redmi Note 7.

Both phones are incredible values and offer up quite a bit of hardware with the latest version of Android (9 Pie). They’re big screen devices with generous batteries and solid cameras and share a lot of features in common.

The UMIDIGI F1 Play and Xiaomi Redmi Note 7 come with 6.3-inch FHD+ displays with cutout screens. The former has a “waterdrop” style while the latter has what’s called a “dot notch.” As far as screen to body ratio, the UMIDIGI appears to have thinner bezels. 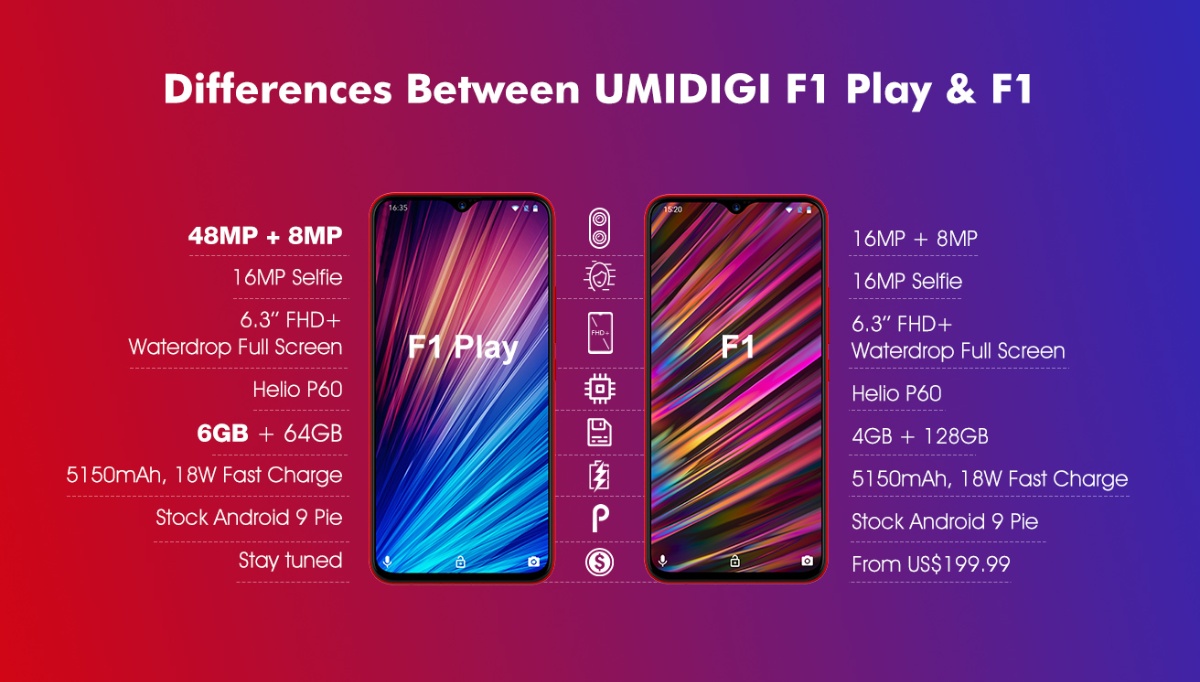 Each phone has a dual-camera setup on the rear that’s primarily built around a 48-megapixel Samsung sensor. The UMIDIGI has a secondary 8-megapixel unit and the Xiaomi has a 5-megapixel camera. As for the front-facing sensors, the F1 Play has a 16-megapixel lens with the Redmi Note 7 offering up a 13-megapixel shooter.

How does this translate to the real world? Unsurprisingly, they deliver similar results. If there’s a visible edge, it belongs to UMIDIGI because of its ability to more accurately capture shadows.

In the area of processors we find that it’s more like comparing apples to oranges because one uses a Qualcomm chip while the other has a MediaTek CPU. To that end, they each score well in AnTuTu benchmark tests at around 140,000 each. 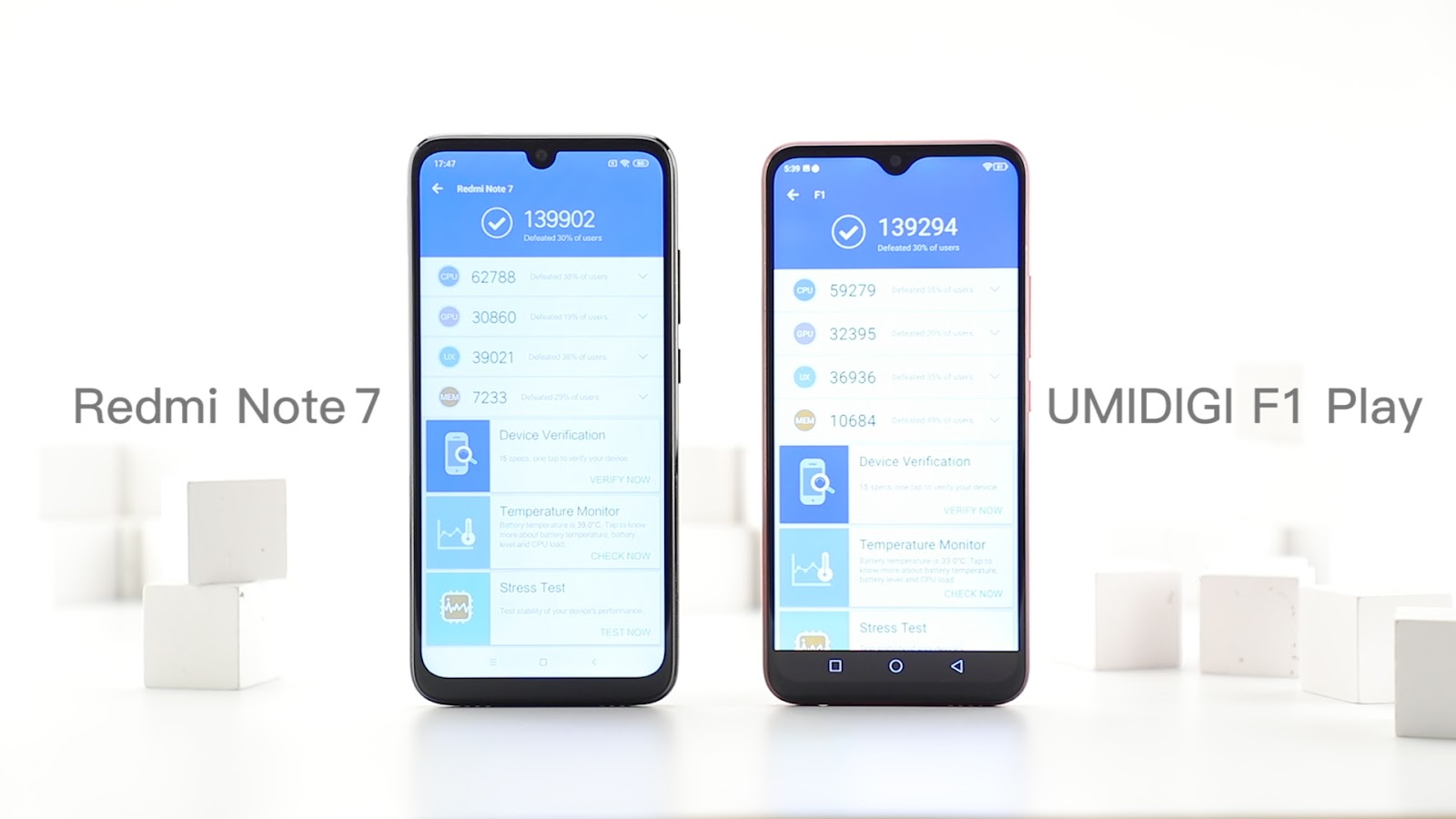 The battery is one area where things are more clear with UMIDIGI’s 5,000mAh power source having significantly more juice than the Xiaomo’s 4,000mAh battery. What’s more, both support 18W fast charging but only UMIDIGI’s comes with the respective charger in the box.

Rounding things out, the UMIDIGI F1 Play houses an NFC chip and packs 6GB RAM as compared to the 4GB in the Redmi Note 7. What’s more, it supports more worldwide bands.

As indicated at the top, both phones are great buys at the $200 price range. But, when it comes to getting the most bang for your buck, the UMIDIGI F1 Play wins out.

EDITOR NOTE: This is sponsored content and does not necessarily reflect editorial endorsement.

How to migrate data to a Xiaomi/Redmi/Poco/Mi phone 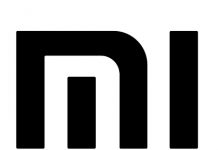