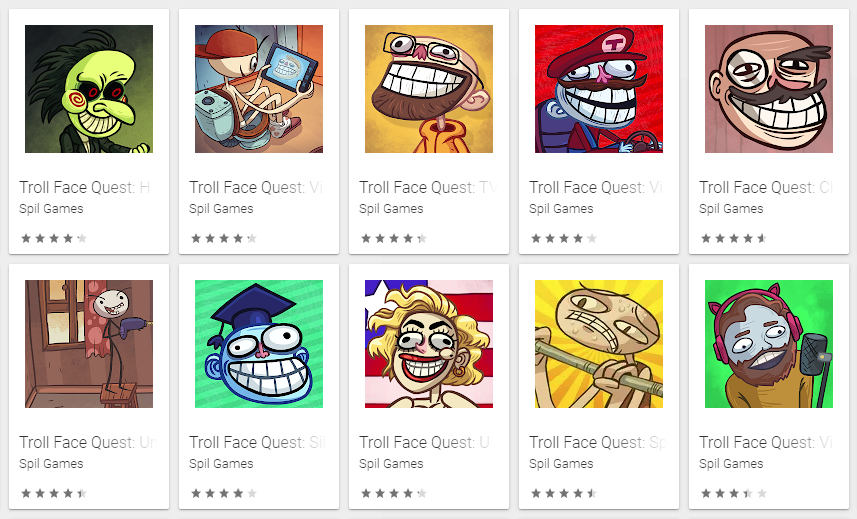 Video games have been a fantastic interactive form of entertainment since the early 1970s. There used to be arcades crowded with people popping in fistfuls of quarters to beat that next level. Since then significant innovations have happened, especially when it comes to having them in the home, with consoles and PCs.

Mobile gaming has quickly become a major world phenomenon. As gaming is pure entertainment, players will always enjoy getting a laugh while playing along, and there are many very funny games available.

A lot of people may remember the old Flash-based Potty Racer series that was available through your computer browser. It involves flinging your stickman down a hill on a portapotty and seeing how far they can fly. This series is going for the same thing, and it is difficult to get sick of seeing an outdoor toilet launching through the air.

You start slow and need to collect currency to upgrade all of your abilities. Every launch will get you closer to that next upgrade and a chuckle every time you watch it. Millions have enjoyed this series for a reason, and Potty Launch 2 or 3 will give you hours of hilarious entertainment.

If you don’t know what the troll face is, you will be one of very few worldwide. This famous meme found its way into the gaming world and continues the trend of making people laugh. There are many different variants of this game at this point, and any one of them will do the trick of tickling your funny bone.

These are essentially puzzle-based games that require you to try to troll some of your most notable celebrities and characters. They can require a lot of trial and error to get through, but when you finally troll that person you can’t stand, it will be worth it for the laughs.

Massive multiplayer online games have had a huge fanbase on PC for decades now, and they have shifted into the mobile arena as well. While most of these games are not developed with humor in mind, SimpleMMO does things differently. The primary purpose of this game is to laugh, socialize, and compete.

SimpleMMO is a mostly text-based game with a basic user-interface, but don’t let that scare you away. The main focus is taking steps and reading the dialogue that comes up for each one. One of the best parts about it is that you can submit your own ‘travel text’ and see if you have what it takes to be one of the steps.

Knights of Pen and Paper Series

As roleplaying games have been a staple of the industry for quite some time, there are many options to choose from. There are some with amazing graphics and story, while others, like this series, offer fantastic gameplay mechanics and a lot of laughs. The series hails back to the old pen and paper RPGs, hence the name, and is a great choice for older gamers.

You go on a mighty quest with a party you can slowly build up. You fight enemies, gain levels, get new equipment, the basic standards. The best part of this is the dialogue and the story. From overused cliches to pop culture references, this series has a lot of humor for the player to enjoy.

You may have been living under a rock all these years if you have never heard of Angry Birds. This smash success has had tens of millions of players helping those poor birds get their eggs back from those greedy pigs. You do this by flinging the hilarious looking and sounding birds at these pigs to try and knock them off the platforms.

This series has spawned a sequel, spin-offs, and even two major Hollywood films. It has grossed a ridiculous amount of revenue. The birds may be angry, but they are hilarious when it comes down to it.

There have never been more threats out there in the online world, and it is essential to keep your phone protected. One of the best ways to keep your phone safe is by using a VPN. For example, NordVPN is an excellent choice if you want to secure your internet connection and keep your data away from hackers.

There are numerous methods available to protect your smartphone, so make sure to have all of your security up to date before you start gaming.