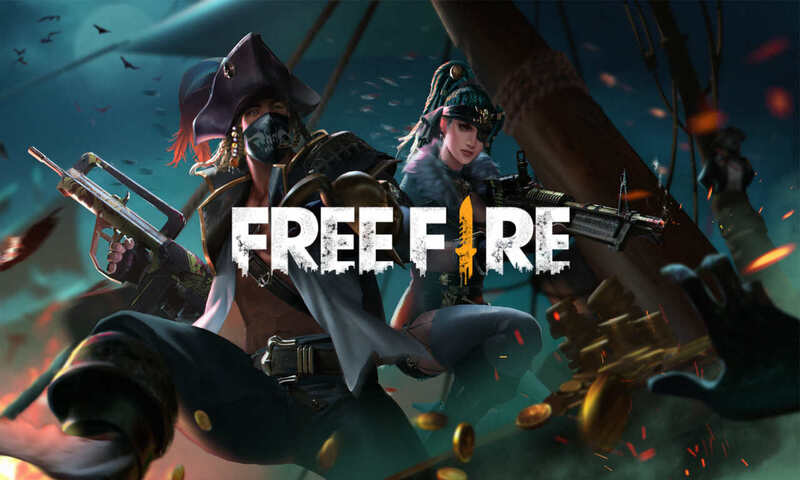 Free Fire is a battle royale multiplayer game with different characters and their unique abilities. Garena Free Fire has gained a lot of fame since its release in 2017 and became the most popular game with over 100M+ downloads. Players can download and play the game on android and iOS. They can also play Free Fire on PC by using an android emulator.

Let’s get right to the events and stuff, some of it has already come, and some will come later because the Anniversary is going to last till 30th August 2020. 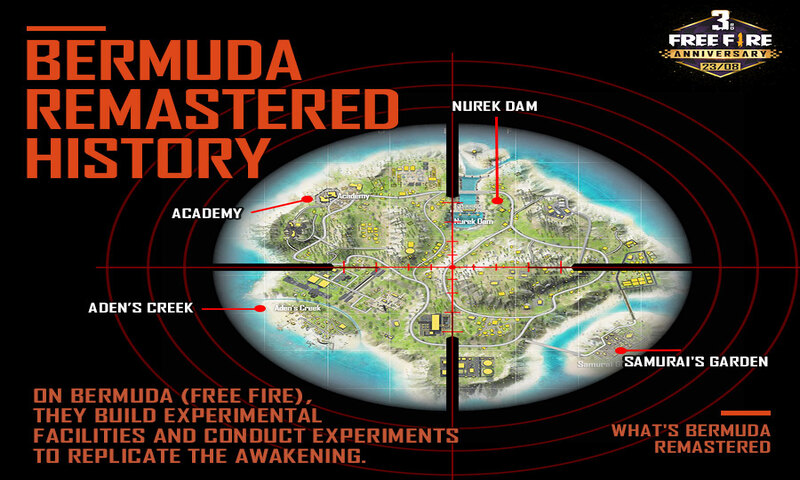 Garena introduced a new map in Free Fire known as Bermuda 2.0; it will be available in Clash Squad mode. During the period on Anniversary (13 August-30th August) players will have to play the new map, and at a specific time a new location will be opened to play, dates are as follows:

Players can play the new map as much as they want to because it’s not a temporary map. 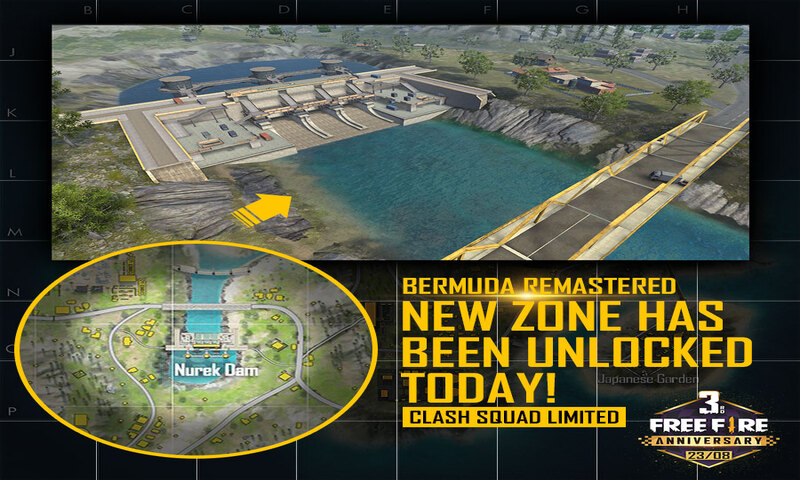 Hayato Fireband is back and will be available during the Free Fire 3rd Anniversary. The event has started on 19th August.

Every Free Fire player is anxiously waiting for the Peak Day because it will be the most important day during the 3rd Anniversary with a lot of rewards and new modes (Maybe). Thirteen new modes will be unlocked during the 22nd-23rd Peak Day. Players can play all these new modes just during the Anniversary event.

Thirteen New Modes are as follows:

Time Tunnel event is not just about one player; it’s a Milestone event which will only complete when all the players around the world participate in it. Fun part if it will give each player a lot of free prizes.

Milestone Event will be unlocked on 23rd August 2020, but other events are already opened. Some significant prizes can include Slaughter Party MP40 Box, Hysterical Laugh, and Hand of Victors. 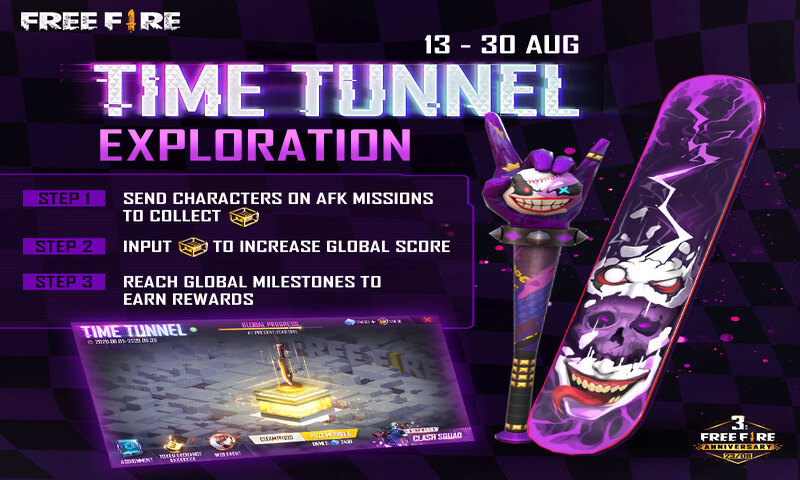 Other Prizes may include these: 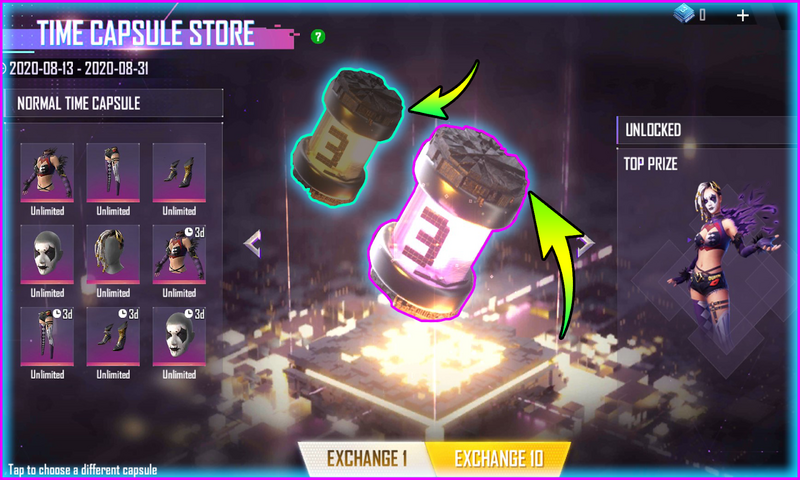 Players have to send characters to exploring; upon completing the mission, they will be rewarded with a prize. You can send both permanent or trail character on missions, and you will also be able to use that character in matches.

Use Blue Chips to win random rewards. Rewards may include these:

A chance to win 30,000 Diamonds by just inviting your friends to the game, both inviter and invitee will receive loot crates.

You can win up to 30,000 Diamonds from these loot crates:

Web Event has already started; it allows the players to choose rare items and collect nine different chips to claim those rare items.

Get a free trial card for your favorite character by just logging in: 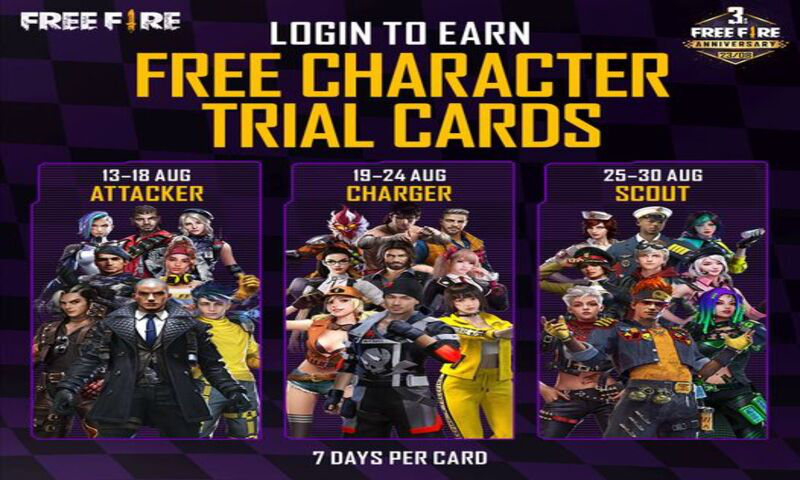 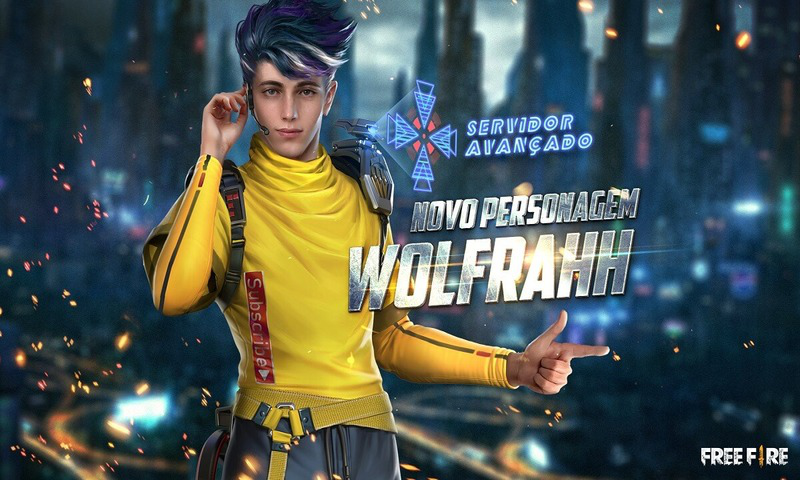 During Peak Day (23rd August 2020), players can get more gold, exp, and fragments while playing.

There’s a rumor about getting a free Elite pass, is it true or not? Well, to answer this question, let me rephrase Garena from 2nd Anniversary in 2019 “What’s your wish for us this Anniversary (2019), Free Elite Pass, Free Weapon Skins, or Free Costumes?”

Giving a Free Elite Pass is awesome for F2P players; it will provide them with a chance to get a lot of free stuff and an opportunity to advance in-game. 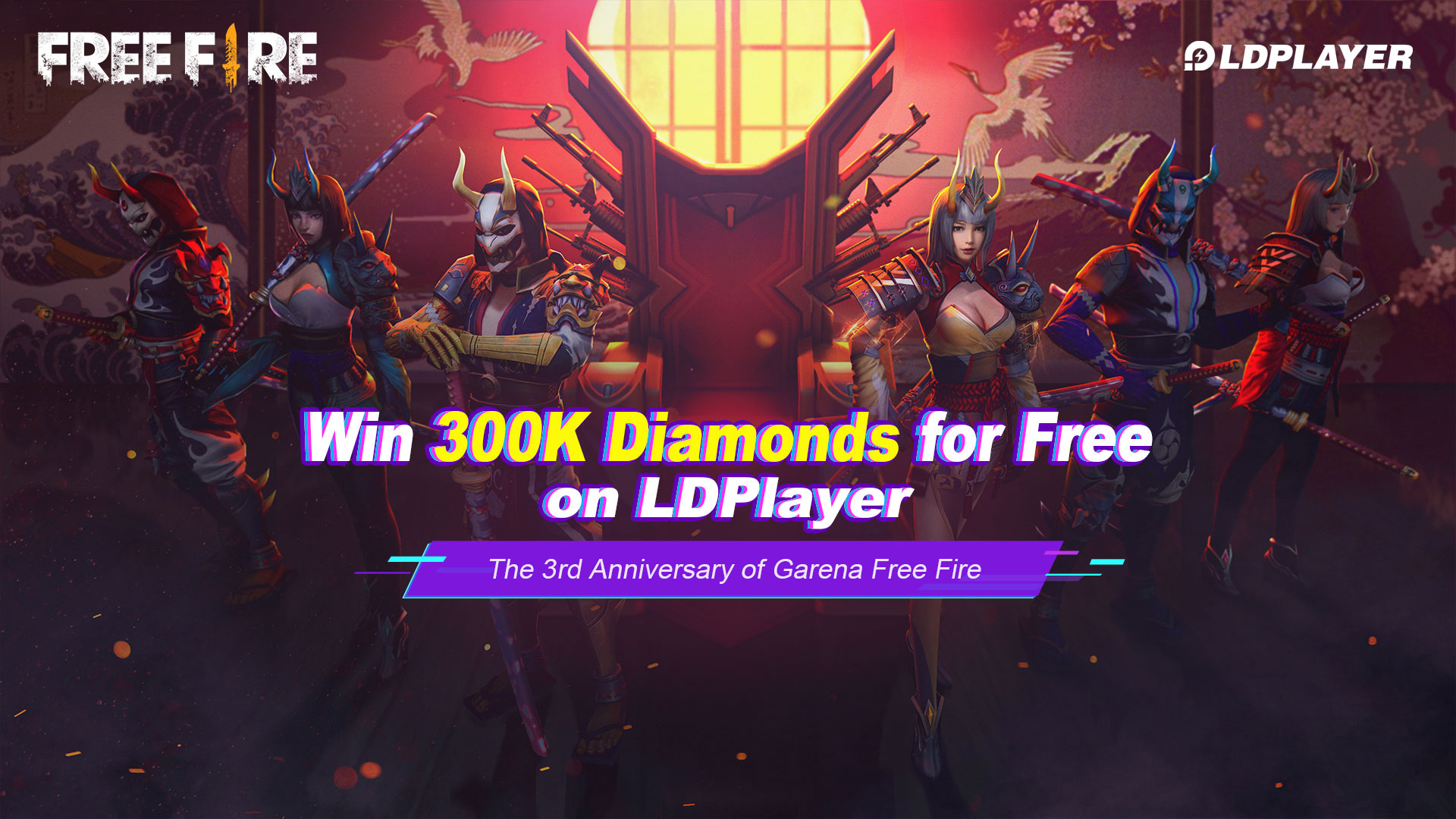 If you are interested in playing Free Fire on PC and in a bigger screen, better graphics, High FPS, easy and adjustable controls on Free Fire, then LDPlayer is the best emulator for Free Fire. LDPlayer emulator has all android games, including Free Fire, PUBG, Eve Echoes, Tom and Jerry, Marvel Strike Force, etc.

LDPlayer introduced a huge event on Free Fire 3rd Anniversary, providing its user a chance to win up to 11000 Diamonds, and the prize poll is 300k Diamonds.

You can win all about 22000 Diamonds by following these simple instructions:

You must have gotten a pretty sweet idea of all the events and what it brought and what it will bring. Peak day is the most amazing and surprising, mostly Peak day can bring a lot more and leave us stunned. Don’t forget to log in daily and participate in Free Fire 3rd Anniversary Events to win Free Character, Bundles, Backpack, Surfboard, and lots of great rewards.

LDPlayer Join Uptodown: What does the deal bring to you?

NoxPlayer for Windows and Mac: The best Android Emulator for gaming on PC