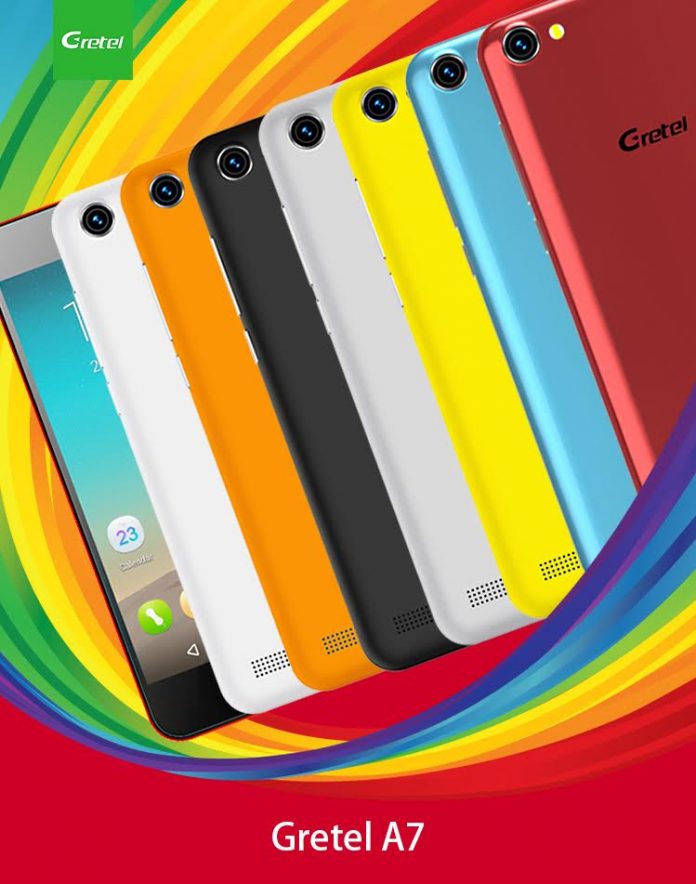 Have you heard of the Gretel A7? Well, not many have so don’t feel too bad. But, Gretel has quietly been producing some really interesting devices. The A7 is a $50 budget device that the right specs to make it an option in 2017. Today, Gretel announced that it’s adding two new colors to the lineup, bringing the total number up to seven.

Before today, you could pick up the Gretel A7 in Black, White, Silver, Orange, or Yellow. Now you have the option to pick it up in “Sexy Red” or “Sunny Blue” as well.

Here’s how the specs shake out for the Gretel A7:

As you can see, the Gretel A7 is by far not a spec monster in 2017, but when you consider it only costs about $50, it offers some functionality at a basement price. It should be more than enough of a phone to get on Facebook and Instagram, take some pictures, and do some Snapchatting. Sounds like the perfect device for your child’s first smartphone or an elderly family member’s first upgrade from that flip phone.

Gretel has focused on durability since we know how clumsy teens and the elderly can be. You can watch in the video below as a Gretel A7 goes up against a Porsche Cayenne in a durability test. Pretty crazy stuff!

If you’re interested in picking up a Gretel A7, head over to AliExpress and pick one up today. We’ve been told that the two new colors, Sexy Red and Sunny Blue will ship on July 3.

This is Sponsored Content and as such may not reflect the views of AndroidGuys.com.

No matter what type of technology you choose to use, it can be extremely useful in streamlining your workflow and helping you...

How to protect your startup from cyber threats

Boost your Android phone’s security with a VPN