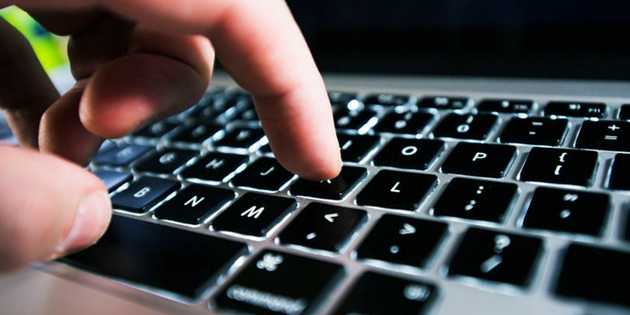 With every passing day or even every passing hour, the cybersecurity landscape becomes increasingly complex and sophisticated. As cybercriminals continue to add new and updated techniques and tactics to their dangerously massive arsenal of threats and vulnerabilities, it is only a matter of time before an organization is hit with a devastating cyberattack.

It is high time for companies to realize that their current cybersecurity infrastructure fails to hit the mark, particularly as far as circumventing zero-day threats and malware is concerned. Many malware and zero-day threats can evade the security measures that an organization has put up, which typically consists of an antivirus solution, that is too slow to detect and ward off these security vulnerabilities.

Moreover, as the threat landscape continues to integrate within itself, an increasingly sophisticated arsenal of vulnerabilities, including the likes of a zero-day exploit- the evolving attack tactics utilized by cybercriminals make it extremely difficult for enterprises to keep up.

Bearing witness to the fragile state that cybersecurity is currently in, were the findings of WatchGuard’s Q4 2019 Internet Security report, which highlighted the furious pace at which threat actors are evolving their attack methods. Furthermore, with more than two-thirds of malware, it is uniquely formulated to sneak past signature-based defenses and other security measures that a company may have employed.

In an attempt to help readers cope with the changing threat landscape, we have compiled an article that focuses on one aspect, namely the danger posed by zero-day threats. Before we can get into the multiple security measures that businesses can take to prevent the damage caused by an unchecked zero-day exploit, we’d like to begin by clarifying what a zero-day threat is.

What Exactly is Meant By a Zero-Day Threat?

Unlike some other vulnerabilities, there is a high chance that the typical layman might not be familiar with zero-day threats, and there’s a good reason for it. Up until this point, however, we’ve used the terms’ zero-day exploit’, ‘zero-day vulnerability,’ and ‘zero-day attack’ interchangeably, while in reality, all three of these terms have quite different connotations, which we’ll get to in a bit.

To fully understand what a zero-day threat, attack or vulnerability is, we will have to start at the very beginning, that is, at the release of any new computer program, component, or any other piece of the element. When either of these software components is first released, it is given that they underwent rigorous testing, which is performed by the manufacturers or the developers.

With that being said, however, organizations must take into account that no matter how rigorous the testing process might seem on paper, it is still limited to the resources at the testers’ disposal. No matter how stringent the testing process might seem, there is still a high chance that a minuscule glitch or flaw has made it to the finished product, potentially manifesting itself in hindered performance.

Since the security flaws that made it through the testing phase without any detection, the possibility of the developer or manufacturer putting in counter-measures is next to zero, which ultimately gives rise to zero-day attacks. Although software developers, along with white hat researchers, are always on the lookout for any undiscovered vulnerabilities, the tiniest security flaw’s mere existence can prove to be lethal for organizations.

A zero-day exploit refers to the method or technique employed by cybercriminals to launch attacks on systems that contain the unknown vulnerability. One such alarming technique utilized by threat actors includes the ‘zero-day malware,’ which targets explicitly zero-day vulnerabilities.

As the name suggests, a zero-day attack refers to a threat actor employing a zero-day exploit to permeate through a system affected by an unknown (zero-day) vulnerability. By launching a zero-day attack, cybercriminals can wreak a monumental amount of damage on a network, as well as steal confidential information.

What Systems are the Most Commonly Targeted By Zero-Day Threats?

How Can Organizations Guard Against Zero-Day Threats?

Before we get into mentioning the multiple ways users can bypass the rather dire threat posed by zero-day attacks, we would like to make things one clear- there is no hard and fast rule for protecting an organization against zero-day threats. Instead, the best that most companies can do is to practice what is highly recommended, and figure out what works the best for them.

Hopefully, by the end of the article, we’ve brought our readers up to the mark regarding zero-day attacks, as well as equipping them with some security tactics that they can employ to prevent them. Although zero-day threats might seem too sneaky to prevent, utilizing threat intelligence, along with a strategy of exercising caution before it’s too late- organizations can easily circumvent zero-day attacks.

Panda Internet Security: Protect up to five devices from malware, ransomware, and other threats for $39.99

You can improve your poker skills and game in many ways. Playing casual or real money games at your favourite online casino...