With Oukitel’s 1111 Shopping Festival coming up in a few days, Oukitel has (figuratively speaking, at least) declared war on Xiaomi with the K5000, a direct competitor to Xiaomi’s Max 2. The two phones share a number of similarities, notably in terms of their processor speed, RAM and battery size. The comparison isn’t purely apples to apples, though, as the Max 2 has a larger, clearer display while the K5000 focuses on one-handed use with it’s 18:9 screen. To better compare the two, Oukitel has supplied a handy-dandy chart, seen below: 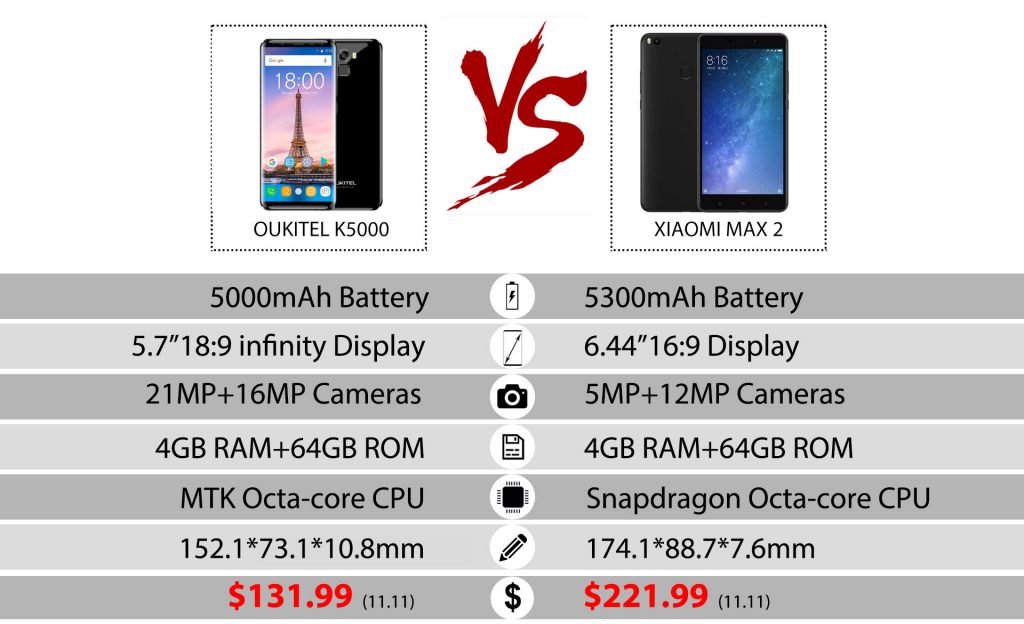 Let’s take a look at the similarities and differences between the two. 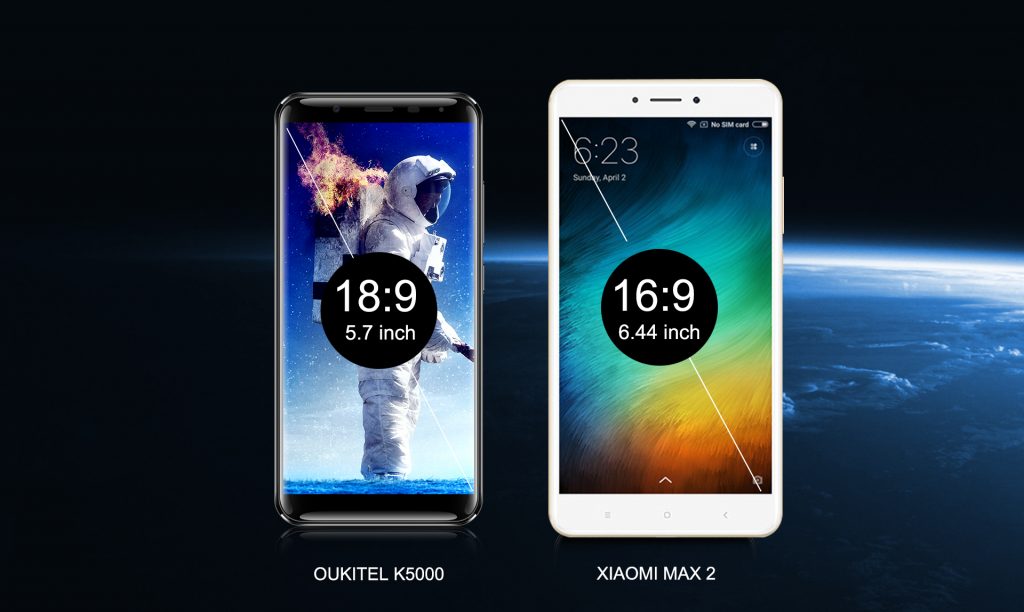 The Max 2 features a 6.44″ 1080p display with a 16:9 aspect ratio, while the K5000 prefers a more one-handed approach; a 5.7″, 720p bezel-less display with the 18:9 ratio that’s so popular right now. With so many other aspects of these two phones so similar, screen size and phone dimension may be what it comes down to in a decision between the two.

While both phones feature 4/64GB RAM/ROM and octa-core processors, the Snapdragon 625 utilized by the Max 2 is a hair better than the MediaTek 6750T in the K5000.  In addition, the larger profile of the Max 2 allows it to cram a slightly larger battery into its frame, at 5300mAh compared to 5000mAh for the K5000. So while the Max 2 has a bit more firepower under the hood (if you’ll forgive the mixed metaphor), the K5000 is likely to manage that power a bit better with the smaller screen and slightly lesser processor.

As mentioned above, Oukitel’s 1111 Festival is coming soon – with the above specifications in mind, the price is what it really comes down to; the Max 2 will be priced at $221.99 – which is quite the bargain in it’s own right – but the Oukitel K5000 will slide all the way down to just $131.99. With the two phones so close in terms of their respective spec sheets, that really gives the advantage to Oukitel, in my opinion.