We recently told you that Oukitel recently announced a new phone with a ginormous battery. The Oukitel K7 takes advantage of a massive 10,000 mAh battery and will go to market by the end of May or early June.

In the meantime, Oukitel is trying to build hype around the phone, so it has released the first hands-on video which shows the device in its full glory.

As you can see in the videoclip, the phone sports a real leather back cover. It’s also poised to come with a 6-inch display with 18:9 aspect ratio with 2160 x 1080 resolution.

When it comes to performance, the K7 relies on a 1.5GHz octa-core MediaTek MT6750T processor, backed up by 4GB of RAM and 64GB of expandable storage.

The device also includes a 13-megapixel + 2-megapixel dual-camera setup on the back. As for selfies, there’s a 5-megapixel snapper living on the front.

On top of the large 10,000 mAh battery, another big bonus here is that the K7 is set to launch with Android 8.1 Oreo out of the box. At this moment, there are very few devices running this version of Oreo. Actually according to Google’s own distribution numbers for May, Android 8.1 is installed on only 0.8% of all Android devices out there. 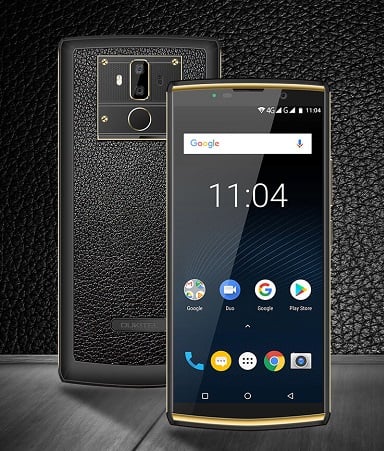 Oukitel says that at launch, the K7 will go on sale for $180. The phone will ship with a 9V/2A quick charger that can fully charge it in about three hours.

If you’re interested in the Oukitel K7, you can go ahead and subscribe on the Oukitel website ahead on launch. This will ensure you’ll receive a coupon code and get a discount on the phone. What’s more, 3 lucky subscribers will get the chance to buy the phone for only $99.99.

So what are you waiting for? Go on and subscribe here.