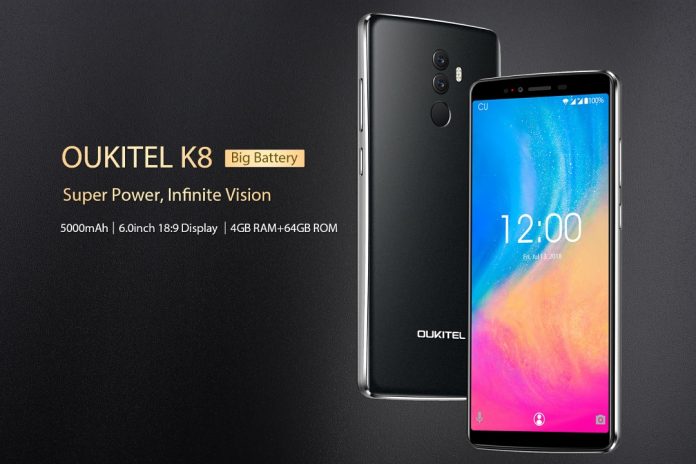 Oukitel has a new phone in the pipeline. It’s called the K8 and it’s expected to land with an impressive 5,000 mAh battery, some time towards the end of July.

But while the power unit is certainly one of the K8’s major highlights, the phone’s other specs are pretty impressive, as well.

Speaking of specs, Oukitel just released a video that highlights the K8’s top twelve best features (battery included). You can check it out below:

As we mentioned above the phone is expected to go on sale by the end of July. When this will happen exactly, we don’t know yet. However, we’ll keep you posted on any new developments on the matter.

Oukitel has yet to set a price for the phone. The company is taking this opportunity to ask fans what price they think it would be based on the features highlighted in the video. Let us know what you think in the comment section below.