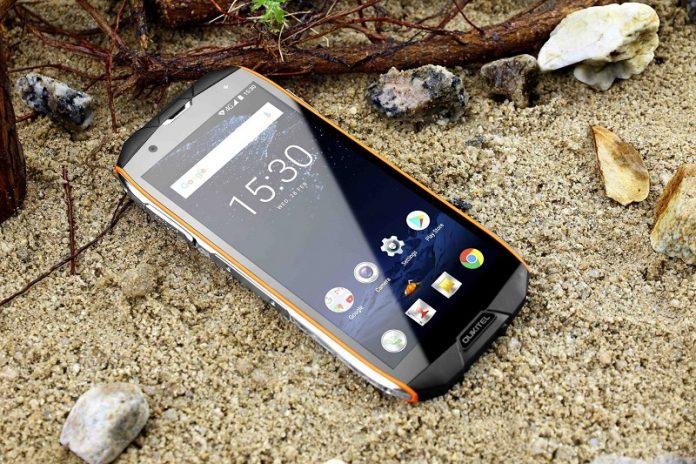 Chinese brand Oukitel is gearing up to release a new rugged phone called the WP5000, designed to service the most demanding users out there.

The upcoming WP5000 is a “tri-proof” smartphone coming with IP68-rating for dust, water, and shock resistance. With its thin profile and large 5,200 mAh battery, Oukitel says the WP5000 is perfect for outdoor enthusiasts who love to cycle, hike or ski, but also for people who work in tough environments such as woodcutters, oilmen or construction workers.

Parents who have a naughty child or folks who are clumsy with their gear might also want to take consider Oukitel’s upcoming WP5000 model. Featuring a double-molded body, the handset will be able to survive even the toughest of falls. The USB port and SIM tray are seamlessly sealed. Interior insulation helps fill any gaps beneath the screws.

The WP5000 comes with great specs for a rugged phone

According to Oukitel’s official website, the WP5000 will arrive with a 5.7-inch HD+ display with 18:9 aspect ratio. The phone will take advantage of the services of an octa-core MediaTek Helio P25 processor, which managed to score 73,119 points in AnTuTu.

The product will ship out with a powerful 6GB of RAM + 64GB of storage configuration (expandable via microSD to 128GB).

Unlike many rugged smartphones out there, the WP5000 will boast a rear-facing dual-camera setup which will pair a 21-megapixel sensor with a 5-megapixel one. On the front, there’s going to be an 8-megapixel camera for selfie-taking purposes.

Although initially, Oukitel announced the WP5000 will be offered with a 5,000 mAh battery, it seems the phone will actually arrive with a 5,200 mAh juice box instead. The WP5000 will ship out with the outdated Android 7.1.1 Nougat out of the box.

The Fitbit Charge 4 costs $150 and is the brand's first tracker to employ built-in GPS. It also packs features typically reserved for its pricier watches.

How medical alert devices can help Android users care for their...