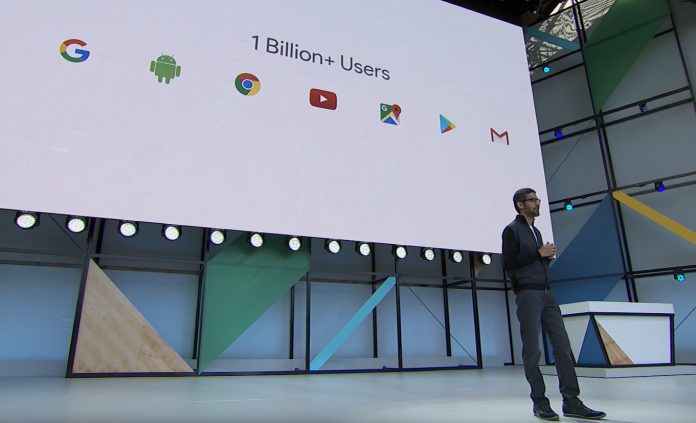 Google held its annual developer’s’ conference Google I/O in May this year. Google’s I/O tends to put more focus into software and how users can get the most out of the devices. The annual developer festival featured announcements, highlights on its latest accomplishments and future plans for 2017. The Android Sensors & Location: What’s New and Best Practices talk by the Android Location and Context team proved to be of particular interest. The team consisted of Steve Malkos, Souvik Sen, Wei Wang and Marc Stogaitis. Another major highlight was how Google was improving its AI and machine learning technologies across all of its platforms.

Google Inc. CEO Sundar Pichai gave a keynote on how to solve problems arising from Artificial Intelligence, deep neural networks and machine learning algorithms. He particularly centred his keynote address on the concept of shifting from mobile first to AI-first. He noted that Google is actively involved in ensuring the success of this concept across every product area. This is to ensure these areas apply AI and machine learning. In addition, he also made keynotes touching on YouTube, Snapchat, Assistant, Android and VR (Virtual Reality). YouTube users will be able stream 360 videos on their apps. AR and indoor mapping will make finding goods at shops a breeze, with Google announcing it would bring the technology to stores. Google is also aiming to make users spend more time on VR. Thus, they are encouraging the development of apps that will make people want to spend more time using VR.

The Android Location and Context team gave a talk on the future of location and context, Android sensor hub, Android sensors, location accuracy and activity recognition. Among the discussions were also the importance of battery life. They showed extensively detailed graphs showing the costs of accessing the different parts of the phones subsystems such as GNSS, WiFi and data connections.

The team also discussed the introduction of Background Location Limitations which will now come bundled with the latest Android operation system, Android O. According to the team, the limitations are aimed at preventing applications from misusing Android APIs in the background. This will result in better battery savings measures. The team also gave examples on how users can make their app background ready for the upcoming changes. This will have the impact of making devices speed up when navigating and a battery that lasts longer. In addition, Google declared war in 1-star rated apps and also said it would delete apps that suck.

The talk also featured plans for the expected location accuracy improvements slated for later this year. The team also made comparisons of the existing and upcoming solutions, highlighting the advantages that users will get enjoy.

Tools that help analyse GNSS measurements were covered in length. Some of the topics included the strength of individual measurements and their range of measurement accuracy. These tools enable developers to have direct insights into the speeds of GNSS receivers. The talks also covered the depth of neural networks and how they will help in advancing the field of activity recognition as well as the improving the precision of these algorithms.

Google is also leveraging on the Android Sensor Hub that will allow Android phones to use low power processors. This will allow Google to transfer algorithms such as Gestures, Geofencing and Activity recognition from the main application processor to the low-power sensor hub.

Google also announced Google.ai, a spin-off division that aims to encompass machine learning, applied AI and research tools to help it in its work such as AI that can build more AIs. They also announced Google Jobs, a platform that uses contextual intelligence to make it easier for users to find jobs they are looking for. Google Assistant smart speaker Google Home, will now have push notification, Spotify integration and Bluetooth support.

The final talk centered on projections into the future. Some of the things covered included dual frequency GNSS, Accurate Indoor Location and Project Elevation. The team mostly forecast on how they were aiming to add more signals into low power compute domains. This is an effort to make the phone more aware and intelligent. The system will also simplify user interactions, make the phone more aware and intelligent, and assist users understand more about themselves and the world around them.

If you want to invest in any of the upcoming technology we recommend you do so via the CMC Markets trading platform.