Passwords have long been everyone’s intangible key to their digital belongings, bearing a long interesting history that dates back to way before the existence of the first digital one.

Its history can be traced back to the days of yore, and it entails one of the classic stories that many of us grew up hearing  – Ali Baba And The Forty Thieves. The catchy phrase “Open, Sesame!”, uttered in the tale to unseal a mystical door that opened to a cave, has since been propagated to and adopted in many other narratives, including movies and television shows.

That being said, the future of these secret words, phrases, or gibberish has rather become bleak than bright. The vulnerability of the digital password began to be transpired not long after its invention, unleashing a chain of exploitation targeting confidential data and siphoning off hard-earned dollars from victims.

This has led to the implementation of varying types of encryption algorithms, from the very early version of an encryption standard, known as the DES, to the one that most of the digital platforms and electrical devices use today – the AES.

Besides these encryption algorithms, two factor authentication has been gaining popularity when it comes to data protection. It adds another layer of protection to digital data, preventing what is an already AES-protected password from falling into the hands of cybercriminals.

The development of the first digital password occurred in 1961 at the MIT – Massachusetts Institute of Technology – when there had been an increase in the number of users needing to access a single computer. It was an operating system designed to support multiple users at a time, with a password system that allowed users to protect their files against unauthorized access.

The possibility of password attacks did not cross the mind of the inventor as advanced hacking techniques and password-cracking tools were not in existence yet. Just within a year, this gave rise to the first known case of password theft whereby a researcher succeeded in circumventing the time restrictions placed on the usage of the machine.

The term “hacking” had not really been popularised until the 1970s; these early hackers were obsessed with getting around secure telecommunication networks, gaining access to private phones for fun or to make free long-distance calls. In response to this, the National Bureau of Standards developed a data encryption algorithm in 1976, known as the Data Encryption Standard (DES). This encryption standard remained in use for around 26 years before its dominance came to a halt.

DES was found to be less resilient against powerful attacks as technological advancement in computing continued to challenge the vulnerability of the encryption algorithm. In 2002, a new type of encryption standard, Advanced Encryption Standard (AES), was adopted, gradually replacing the DES.

Being considered as the most advanced data encryption algorithm, the AES has risen to prominence, protecting millions and millions of data across the globe. Although Triple-DES – the latest revised version of the DES – is still in use today, it will soon be phased, and the AES will be the only encryption standard for data protection on top of another well-known security measure called two factor authentication.

One of the easiest ways of accessing our digital belongings – let us say our bank accounts for example – merely involves us opening up the banking application on the smartphone and typing in our login details. Although our login credentials are protected through the AES encryption – this is impossible to crack using today’s computing technologies, hackers can still manage to get hold of them by other means. Phishing emails, keylogging software, and even brute force attacks are just some of the password-stealing techniques in the arsenal of cybercriminals.

Two factor authentication is a security process whereby users are required to verify themselves using two types of authentication factors. It essentially adds another layer of security to the traditional authentication process, requiring a second factor that can take the form of a fingerprint, PIN, security token, SMS OTP, or even push notification.

Bear in mind that there is no such thing as the perfect security system. Two factor authentication is not without its pitfalls; however, using an OTP through SMS or push notifications are generally safer than just having a secondary PIN alone. To configure safer and stronger two factor authentication on your devices, you can opt for a third-party app that provides push notification services.

Push notification authentication is a third-party app that helps verify the identity of an user attempting to access a registered account by sending an access request to the device associated with the account before the access is granted. Generally, the process is fairly straightforward – look for a service provider on your smartphone, download the app, add the account(s) that you want protected, and you are good to go. 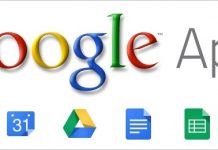