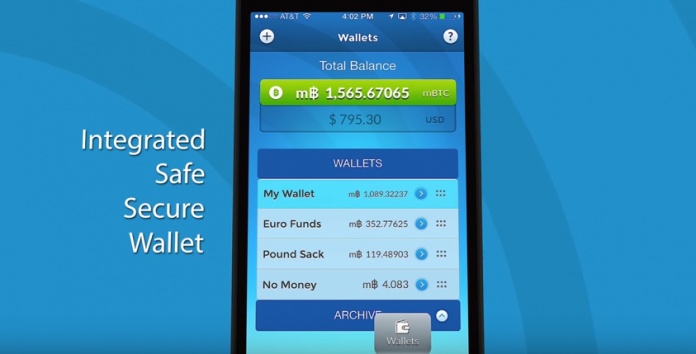 Bitcoin is an unusual and revolutionary technology, and with this, there are a lot of extreme stories surrounding the currency. If you’re looking to get involved with this exciting, unique technology and start using bitcoin, then you’ll need to download a bitcoin wallet. In the past, people could mine their own bitcoin at home from their computer. However, as the technology has become more popular it’s become more difficult to mine bitcoin. People are now required to use specialist computer hardware for mining. For this reason, instead of mining bitcoin many people are buying it directly from bitcoin brokers and exchanges. To purchase and store bitcoin, users need a bitcoin wallet. The wallet can be stored on individual’s phones or their desktop. However, users with Apple mobile phones may struggle to find an appropriate bitcoin wallet, the brand are well known for being wary about bitcoin and have previously removed wallets from the app store.

How does a bitcoin wallet work?

There are slight differences between mobile and desktop bitcoin wallets. Desktop wallets are usually included with bitcoin software but you can also download a separate wallet if you would prefer to. Although desktop bitcoin wallets are useful and have their merits, mobile wallets are far more convenient. This is because they allow users to pay for things using bitcoin when they’re on the move. In general, a bitcoin wallet works in a similar manner to online banking. You can run the app on your mobile phone and use it to make payments. Making bitcoin payment payments from your phone has become easier as the technology has advanced, it’s even possible to make in-app purchases with bitcoin now. When starting to use bitcoin for the first time you’ll need to make sure you have signed up for a unique bitcoin address, this allows all of your bitcoin transactions to be stored under your anonymous ID.

In the past, Coinbase was the most popular option for storing bitcoin securely and easily. However, Coinbase is not technically a bitcoin wallet. It’s actually an exchange with the facility to hold bitcoins. There are plenty of better options available for storing bitcoins on your mobile phone, although it’s important to remember that you shouldn’t store large quantities of currency on your phone in case you are hacked or lose access to the wallet.

Android have been known to be revolutionary when it comes to all types of technology, with phones like the Samsung Galaxy S8 making waves in the industry and looking to outshine the ever-popular iPhone. This is also the case when it comes to Bitcoin, as unlike iPhone, Bitcoin wallets have consistently been available on the Play Store. These are some of the best bitcoin wallets currently available for Android phones and tablets. 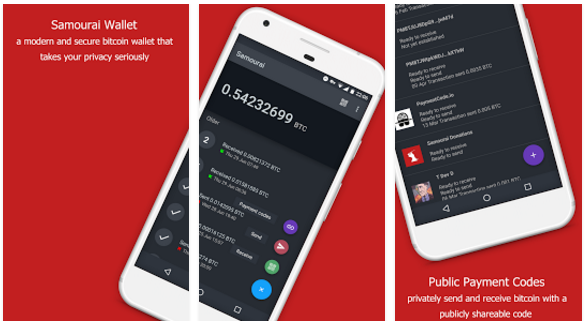 This bitcoin wallet is great for privacy and it offers an easy to use interface. It’s ideal for first time bitcoin buyers or those who are concerned about their security. The enhanced security features on this wallet include military grade encryption, PIN login and individual bitcoin addresses for each purchase. Not reusing bitcoin addresses means that transaction data is kept more anonymous than it would be with other bitcoin wallets. This allows people to maintain their privacy when purchasing items using bitcoin.

Breadwallet is a straightforward bitcoin wallet. It’s a no-fuss solution for people who are looking to try out sending and receiving bitcoin on their mobile phone. There’s no intimidating technical language, although of course you will need a basic understanding of how bitcoin works. The basic idea behind breadwallet is giving users the ability to control their transactions and eliminate hidden fees and restricted banking hours.

If, for any reason, you need your bitcoin wallet to be accessible on many different devices then Copay is the right app for you. Copay is a multisignature wallet, this means that you can have multiple people signing off transactions. This makes the Copay wallet an ideal choice for people who are using cryptocurrency within their businesses. There are a number of different ways that you can use Copay, it’s not just designed for business use. The average bitcoin wallet user can also use Copay.

If you know you’re going to be spending bitcoin regularly, instead of just storing them for use at a later date as many people choose to, you’ll need a wallet that is able to cope with frequent use. Airbitz is ideal. It has a number of plugins that make spending bitcoins easier and updated at the end of last year to fix bugs and support Android Fingerprint, alongside other features. These features include fold integration, which allows you to buy gift cards within the app for popular stores, such as Starbucks and Target. Another feature is biterefil integration which allows you to top up your mobile phone from within the wallet, which is particularly handy if you are on a pay-as-you-go contract. The Android app is easy to use when you are the go, with an interface that is easy to navigate.

These are just some of the many bitcoin wallet applications available for Android users. If you’re looking for a bitcoin wallet to suit your needs, be sure to read reviews and research the features of each app before you commit to one.

HTC announces CryptoKitties support for its U12+ flagship